Some technically, difficult-to-make photographs hang on the tall museum walls along with some photos I know would be physically hard to take, along with some that are here by a whisper of good luck. 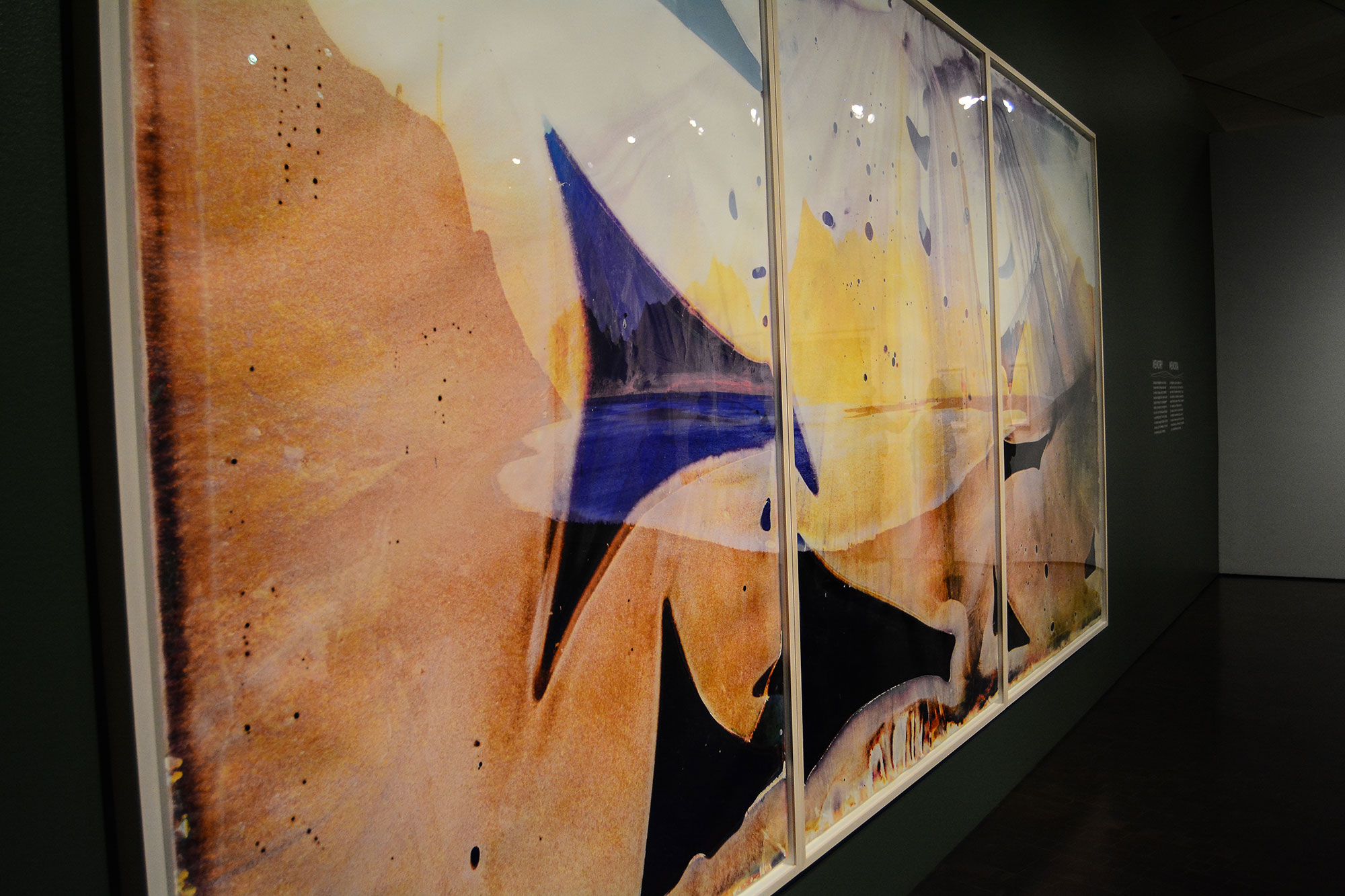 In 2018, good luck could come to anyone holding a camera. Odds improve the more pictures are taken, and the chances of greatness improve exponentially if the person taking the photo can recognize good or interesting when they see it.  The mechanism of photography gets in between the maker and the product which makes it more open to luck than calligraphy, drawing or painting. You can imagine luck at play in the technically difficult,  the physically difficult and the ordinary photograph. When Matthew Brandt took landscape photos, then rolled the prints up in different fabrics and buried them in the ground, luck played a huge part in what he found when he unearthed them, and likely there were some prints that didn’t make it to the angular walls of the Denver Art Museum. In the ones we see here, cloth textures rip off some of the dense green forests of Hawaii and make the surviving image more interesting than the average vacation snap shot; lace and foliage struggle for dominant pattern in others; and colors diversify. Brandt’s experiment could have looked like porridge, but instead these images are pretty, richly layered  and feel much greater than a flat sheet of photo print paper. In addition to Brandt’s work, luck has been directly involved in other photographs in this show. For some, the artist never looked through the lens; others designed a process, let chance in and hoped for the best. We tend to think this is easy, but on top of the hard labor of carrying out the process, sifting through the results and recognizing what’s worth looking at, there’s the risk of complete failure. Or maybe, somehow, the process could be changed to make them worthy.  Or this will fail as well, and it’s time to come up with another brilliant idea, which isn’t always that easy. Take a look at the experiment by Meghann Riepenhoff, who uses the process of cyanotype – paper painted with light sensitive, blueprint-making ink. The treated paper was taken to the ocean where light would expose it, and the salt water would develop and fix it. Hanging like a trio of notices, or some historic scrolls, they have a presence unlike a photograph. I think this accomplishment — looking like more than just a nice image on paper — is what is new in the territory the Denver Art Museum has found and exhibited here as landscape photography today.

Physically More than their Thickness