How little sound can still be music? 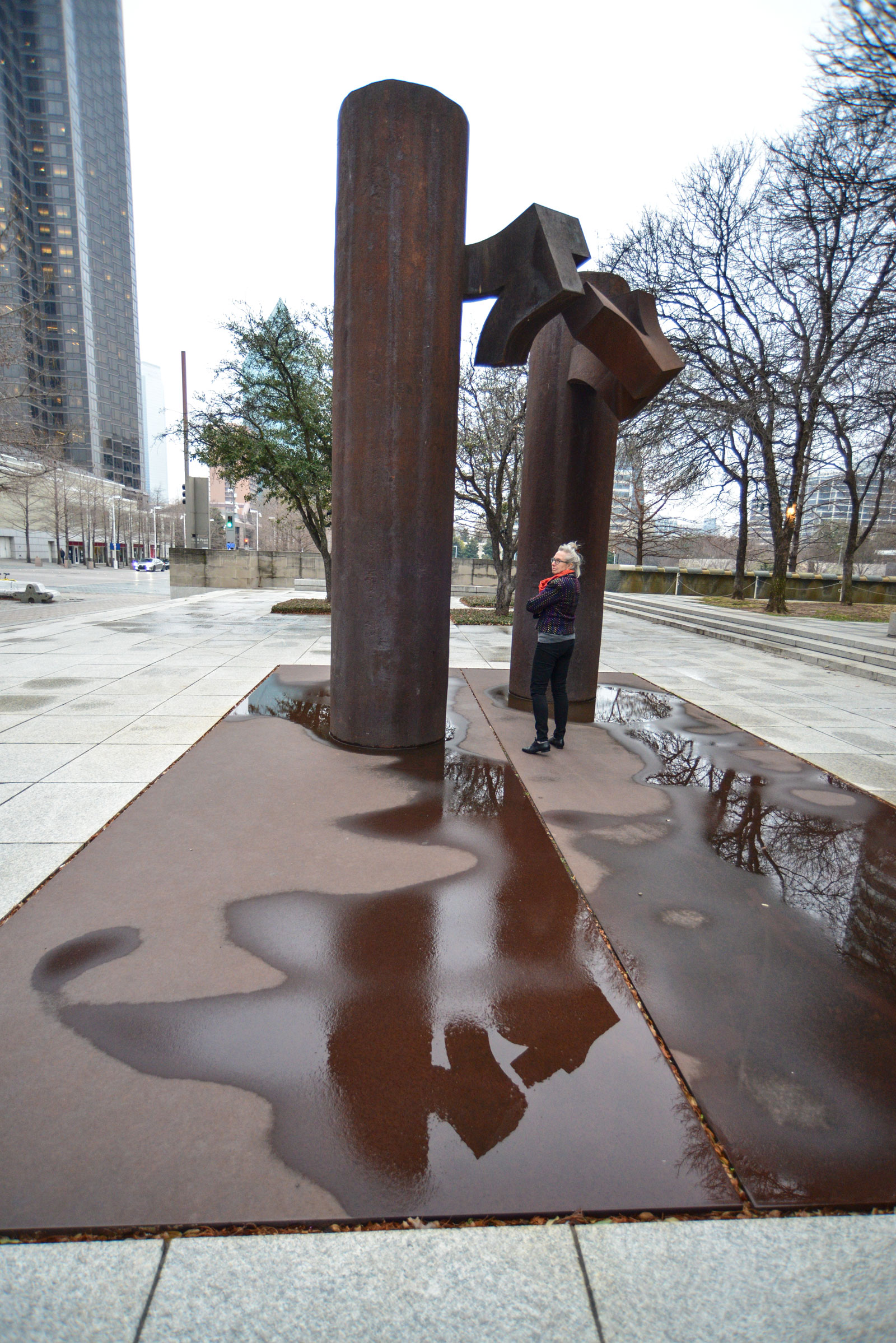 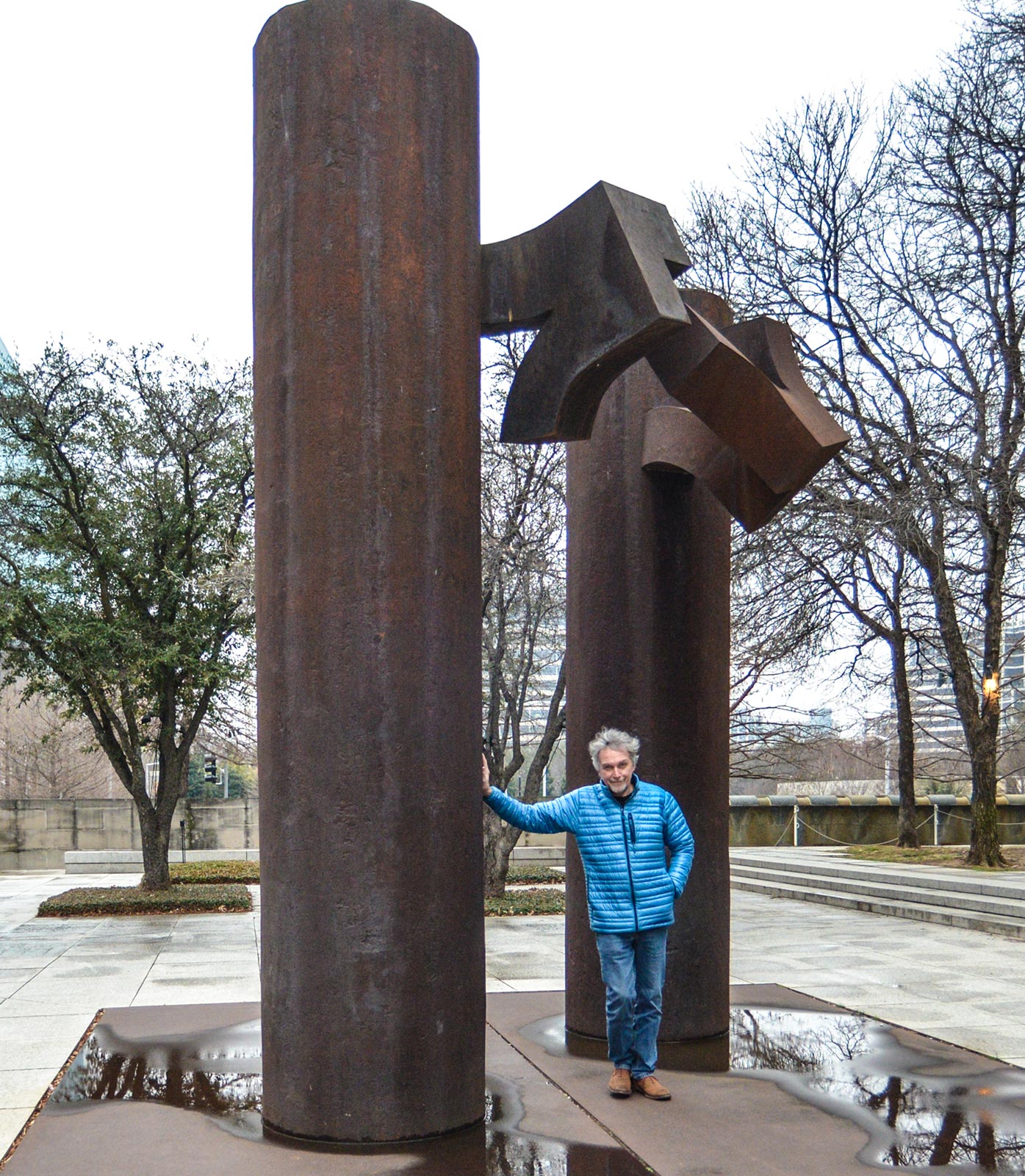 How little sound can remain in a concert hall and we, the silent audience, still hear music?  How low and few the notes keep us hanging on, listening and hearing the melody of a symphony of musicians, expecting the theme to return, until it does. How little sound do we still call music?

After a cool and cloudy Texas winter day spent outside and in the Meadows Museum at SMU campus, we went to the Meyerson to hear the Dallas Symphony play Anton Bruckner’s Symphony #8 – a long, 78-minute piece with movements listed as Latin varients of slow, or as we liked to joke while waiting through the intermission: slow, slower and slowest. I felt the portended dread of this music. Feared it might make the long, slow journey up to the highest balcony with someone using a walker seem too short and looked forward to another trip in the slowest elevator in the world, back to our parked car.

Instead, after the music had been applauded someone behind me just let our a really loud  “Wild” —  a call I wanted to have made — and we turned to look at a 20-something woman and her friends still staring at the stage. Bruckner’s 8th was, I agreed, a wild ride and I was standing there sad it was over.

The music diminished very gradually and this diminishment was long. 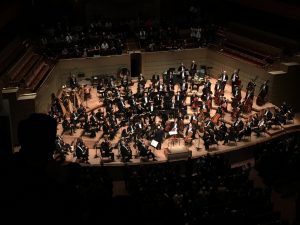 Those pretentious breaks between movements were hardly noticeable but meaningful. The 99 folks on the stage revved up a sound and then brought it down to nearly nothing, up and back so slowly to just the faintest sound.

I was fully carried by the music to a dream state, involved in the repetition of a difficult task that ends in expiration like the climbing of a mountain, and a task with the regularity of  math like climbing up stairs.  I felt this dream task required exertion until no more could be pulled from my body, from the instrument. Around me sound evaporates until there is no more breath, no more life, yet it starts again. Everyone around me is in my dream, and we try that task again until we can no longer breathe. How little sound can there be and it still be called music? Not just a memory.

Earlier this day, we’d seen an exhibition called Memory, Mind and Matter, at the Meadows Museum. Since seeing the sculpture and collage by the Spanish artist, Eduardo Chillida, I had been about how little can be done, and the result is still be felt as art. Outside the Meyerson Concert Hall, we posed with a public piece by Mr. Chillida.The artist corresponded with I.M. Pei regarding this commission. Pei said that, in the absence of Henry Moore, Chillida was the man for this job.  The title of the piece, “De Musica,” is a platonic work by St. Augustine wherein the number 3 is important, Chillida said, and told Pei, 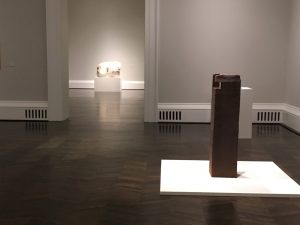 architecture in space, music in time
similarity between the limit in architecture and sculpture and the present in music
both limit and present have no size but are the origin of all sizes

Chillida’s very precise work is very beautiful when done perfectly, when the artist takes the subject, the matter, and moves it as it is capable of going because it is this material. The shadow of the piece reflected in the rain puddle in the picture with me, shows what this piece was supposed to be about: the splitting of a large round hank of steel, and drawing it out into these nubbish forms.  Most of Chillida’s sculptures are simply beautiful, many are more beautiful than this one. This one is less satisfying for me; I have to guess about the craftsmanship, the splitting of the large round plug of steel.  It looks faked. The pleasure, to me, of Chillida’s sculpture is that the process is obvious and honest, even if the final piece is a completely abstract form. The sculptures in the show, pictured here, would look like nothing if you were driving by them as public art.  They look uninteresting in this picture, I know.  But in their presence they show you exactly how they were made, how steel moves, how alabaster can be carved.  You may be yawning but Mark Rothko knew what I’m talking about.  He called his own work, dangerously close to nothing.

We had decided to come to this DSO performance because of the first piece, which was a pair of sisters playing opposing pianos. Having heard it, their all too similar playing of the Phillip Glass piece was just too little. In the Bruckner piece, the musicians were crammed on a warm wooden stage. There was no room to walk through the chairs if someone had to dash off suddenly.  Three harps melded into the wood around it and glowed magically, you could almost see bright strings vibrate in harmonies. There was so much music on this stage that it could have been too much.

Four horn players each had two separate horns.  As a chorus they took turns playing a similar melody first with the standard French horn, and then with the Wagner Tuba. Each of these instruments used their signature range to play off the trombones and another chorus of modified trumpets. I’m adding a YouTube of the Wagner Tuba because it was unknown to me before this.

I counted musicians on stage. With me there, we were 100 – we each represent one percent. And no, I didn’t bring weed from my home state and take some during the concert. I just was overcome by we 100, doing so much. I started to think how much good we could do if our government worked similarly, if each one percent was really heard.

The first piece, the Glass, was pleasant, but took me back again to the Chillida – tonight the sisters seem like artisans not artists. The piece just another competent number like a sufficient piece of public art. Maybe Bruckner was just a toiling craftsman back in 1800s Vienna, too, but the conductor, Jaap van Zweden, made it art, this night.

When is flower arranging not enough? Chillida said he was not an artisan but an artist. I understand his concern for being seen on the right side of this distinction. If the craft is messed up, Chillida’s work rings less true. And he knew it.
I think he knew that to be an artist he had to strip away all the unimportant parts and get to the necessary – I often explain this by pointing to things like Albert Einstein’s theory of relativity, which is often called simple.  I used to help people choose the design of their wedding rings, and they always said they wanted them to be simple. What did they really mean by that word ‘simple’ — considering that they were pointing out widely diverse designs and calling them ‘simple. We were making the rings from our imaginations, not offering them A, B or C. We needed to have a mutual understanding of what they meant by simple.  The Einstein meaning of simple is sometimes called beauty – and from the jewelry buyer example you can imagine that it is as diverse as ‘the eye of the beholder’.  I think ‘beauty’ is only relative to the viewer on a spectrum. When something is identified by everyone as ‘beautiful”, ‘simple’, whatever term they use as the ‘it’, like E=mc², it transcends the work of the artisan and becomes art. We all know things like this.

Is there something more that takes Mr. Chillida from an artisan to artist?

Chillida worked with a poet named Jorge Guillén y Álvarez, making small prints of his forms that accompany the poems. The book on display is beautiful and large, becomes an object more than something you hold in your lap to read. Introducing these poems that are bilingual: translated from French to Spanish, confuses this question because now we have to thing about what makes something poetry as well.

The book I’m reading, presently,  is a travel journal by poet Joann Kyger. When she wrote this journal she was living in Japan with her then-husband Gary Snyder, who was already a known poet at the time – around 1962. She’s writing poetry, herself, and doing flower arranging while he studies serious Buddism. She writes notes about her poems and reads Gertrude Stein, and wonders like I do, when is flower arranging just not enough.

Chillida’s prints for the book of poems are nice, and you can see the artist working out designs until there is nothing extraneous left. The forms don’t convey anything narrative. Throughout the show, you can see how Chillida worked with drawings to work out ideas. Most of his tries are pretty, but it seems his goal is to reach that idea more than just a nice design.

Another series of work made me appreciate this attention to what seems like a higher goal. He made sculptural drawings by putting together sheets of paper with his object cut out of them. Collage, you might be imagining, but he didn’t like glue. He wanted the papers to have presence and hold their own layer in space even if they are now framed in a shadow box. So he sewed them. The sheets hang from the thread, in their shadow boxes, and are attached just so they balance.  I am struck by this process.

When I don’t like what’s happening in my web design – the glue – do I even know it’s the glue? If I can identify ‘glue’ then, it is a more simple problem of what to do to solve it?  That’s an interesting way to look at design.  And then when I think of using HTML et.al. to make ideas, I get stuck having it look like a nice flower arrangement and nothing more. As Gertrude Stein will tell Kyger in the book she was reading, masterpieces are few and far between.