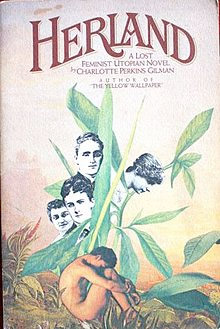 Why art that moves us into a room through tubes of stuffed pink satin? Why are these hanging in strands, thick ones, like a beaded curtain? Why no sound of clicking beads? Just the fat strands quiet, and pressing with less touch and more color. They press visually, thick and monochrome like the automatic car wash – different because they are not primary colors – in shades of pink. They are not clingy and catchable like a beaded curtain, nor do we expect the flob, flob sound of the car wash. This curtain has a known satin, slippery feel that rolls off as we pass through and are confronted by one more row of the same pink curtain.

Two courses of satin curtain were required to block the entrance from the hallway where one is introduced to the artist by name and a little wall-mounted curatorial note. And so we go on in a dim-lit room to another pink satin wall – this one creating a chamber – a circular one. Inside it are hanging another chain of stuffed pink satin with more elaborate forms, similarly stuffed to near exploding and continuing from ceiling to floor.  There is a smell of material, fancy clothing that has been pressed.   Bare light bulbs in the chamber illuminate it, though it isn’t lit up as a shape, but as a lightly roped off section, a form made of slats that almost touch. This light is not a modern feel – more a little bit cheap.  The corners of the room also have the sewn tubes closing off the corners and inside are more glaring bulbs. But they don’t seem like space we need to inhabit, instead we should move on and it will be less dim.

It became clear that the next hallway and the following room are also the same artist’s work and are: hallway: wall covered with decorative wallpaper, and next gallery:  catalog pictures of embrace, thus the title of the show Phantom Embrace. Two other type of illustrations were also hung in this second gallery with the catalog of retro embrace images and all had a low-impact, low-contrast kind of nostalgia that felt like 1950s advertisements. The images could be industrial product drawings or cut-out magazine ads from women’s magazines.  One type of these were cutouts of polished fingernails on hands disembodied. And others were shapes covered is pastel cloth – images of drapery isolated.

As a whole, the work feels like an even pressure applied.

A certain forced touch like the experience of the installation – visual but entry required a nudge of the forms.

On Friday – two days prior to this visit – I’d been to hear a woman read a paper where she compared Maurice Merleau-Ponty’s concept of ‘flesh’ as a barrier between me and the other and Luce Iriguray’s idea of women as more ‘open’ and who proposed that women live with a dominate sense of touch instead of seeing. Iriguray is certainly describing women as more open – built with two lips instead of something more clublike, and maybe she is right to suggest women are more willing to touch – I can’t say more because I have no idea of the point of the woman’s paper since she read it verbatim off her page, and spoke quickly in a foreign accent.

I gave her my card and if she emails me I will ask her, ‘what is your point?’ and I’m sure it will be something I hadn’t thought before. It’s just too bad we can’t communicate a little better in these academic settings.  Someone in the audience agreed with her ‘reading’ of Iriguray and Merleau-Ponty – and I am thinking she either read the reader’s paper in advance or had insane hearing.  The reader had been in this country for five years, and she was easy to understand, just not at the pace she read her text. It makes me think that all that study is doing nothing to help anyone communicate – and communicate is what we really ought to be doing.  An audience member did then ask a question I was thinking: how is your reading offering practical advice?  The reader said she thought women will understand themselves better.  I started thinkging that an understanding of Iriguray might allow people to be more vulnerable and open to others’ ideas. Maybe we’d actually start having political discourse if women could show an example of how to do this.

It’s not acceptable to be the bully, we could say.  When someone gets aggressive and not engaging in real discourse, they are surrounded by a force of pink stuffed satin tubes and isolated until returned to a calm state.  I think this happened in the science fiction novel Herland.  Written in the 1915 by Charlotte Perkins Gilman. Three men, explorers, land their biplane in  a kingdom of only women who reproduce asexually and have no need for men.  Their highest priority is education – not defunding Planned Parenthood.

Eventually one of the guys, the bully, tries to have sex with his ‘wife’ and they encircle him in their pink way, humanely try him for his admitted assault, and banish him from the land.

So, pushing through the pink satin is a start.