Taos – Saturday, February 13 – Sunday, May 1, 2016
John De Puy: Painter of the Apocalyptic Volcano of the World 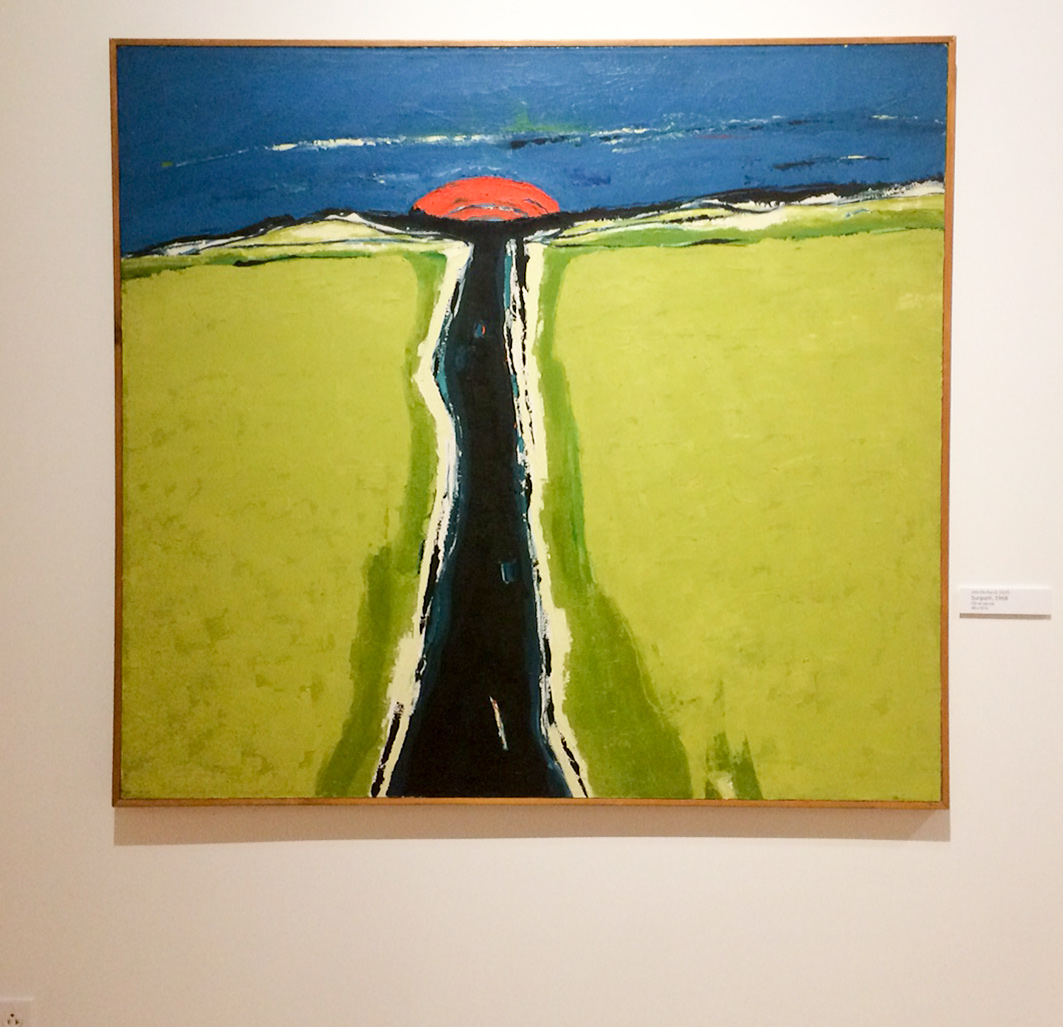 TO JOHN DE PUY
Madman and seer,
painter of the apocalyptic volcano of the world—
Compañero, I am with you forever
in the glorious fraternity of the damned.
—Edward Abbey

There is something about the Western U.S. landscapes that can’t be communicated in the normal way of taking a picture, painting a picture or write about it. It is too big, and you are overcome by such a happy solitude when in it – whether or not you are with people or not.  The landscape is not lonely. It has known us for a long time. 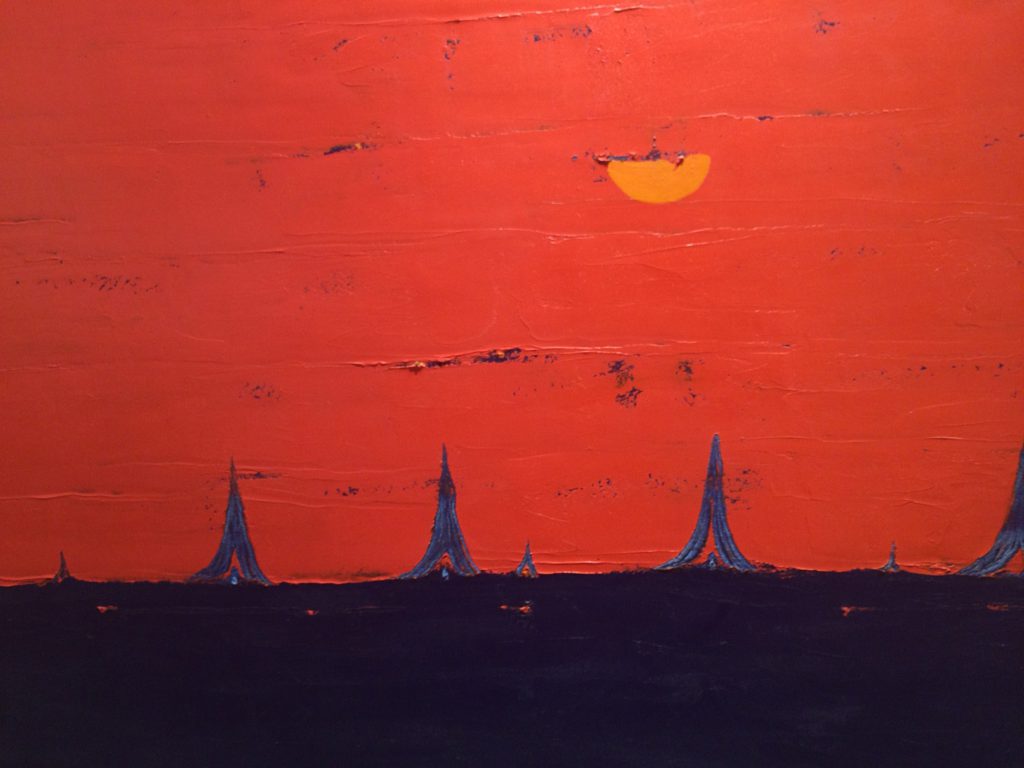 Some of us think that our grandchildren’s children should get to experience this landscape that fills up your peripheral vision as well as the piece that a camera can see. We want to say no to the people who want to make money on oil and gas and who are not at all interested in conserving the land. And that makes us part of the fraternity of the damned along with Edward Abbey – the writer of the spirit of the land – and his friend John de Puy, who pledged to Abbey to be the painter of the spirit of the land.

De Puy’s paintings are direct descendants of Rothko’s painting that take you to that place of inner calm – that happy solitude – being minimally descriptive of a horizon and a lot about color. The red painting with the blips of land is somewhere I’ve been before even though I can’t remember what de Puy called his painting.

And he would be an unnoticed, Western American, expressionist painter if he hadn’t been a friend of Abbey.  Instead he is an old man with a somewhat-retrospective show at the Harwood Museum in Taos – most of the work being from the collection of the artist.  He didn’t spend much time selling.

The show includes a large number of large oil paintings and another hallway with works on paper and an example of book illustrations DePuy did for Abbey. He grew up just outside of Taos in Mora, and I wonder how he was treated by the Anglos who came to join and renew the Taos Art Colony after WWII. According to the Harwood, he was a fringe member of the Taos Modernists.  He called himself an Expressionist – like the Neo-Expressionism that dominated the art world for a time in the 1970s.

The Southwest of the U.S. – and its wild lands – are obviously important to DePuy from his letters to Abbey and others, but from these two images  – one: a blue wall painted in Morocco and another of a Santa Fe wall painted against a Saltillo-colored background – he could see the spirit of the landscape and the humanity in it, anywhere. Even in structures that we build to live on the land.  And that land, whether it is New Mexico or Morocco has subtle color that is nothing like these wildly colorful paintings DePuy imagined. The land is as subtly colored as our own flesh, yet he makes each ‘picture’ as amazingly different and vibrant as the collection of people you know.