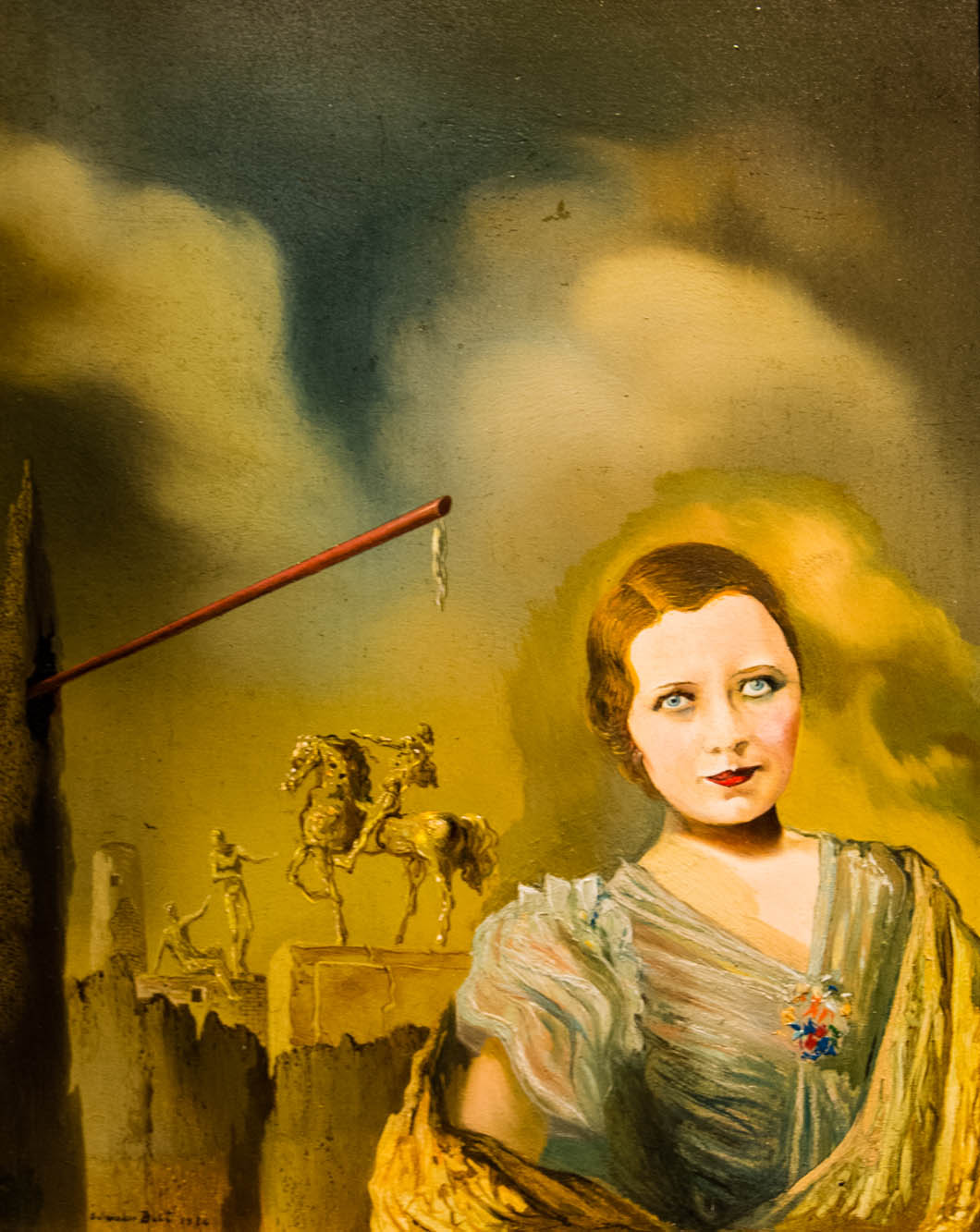 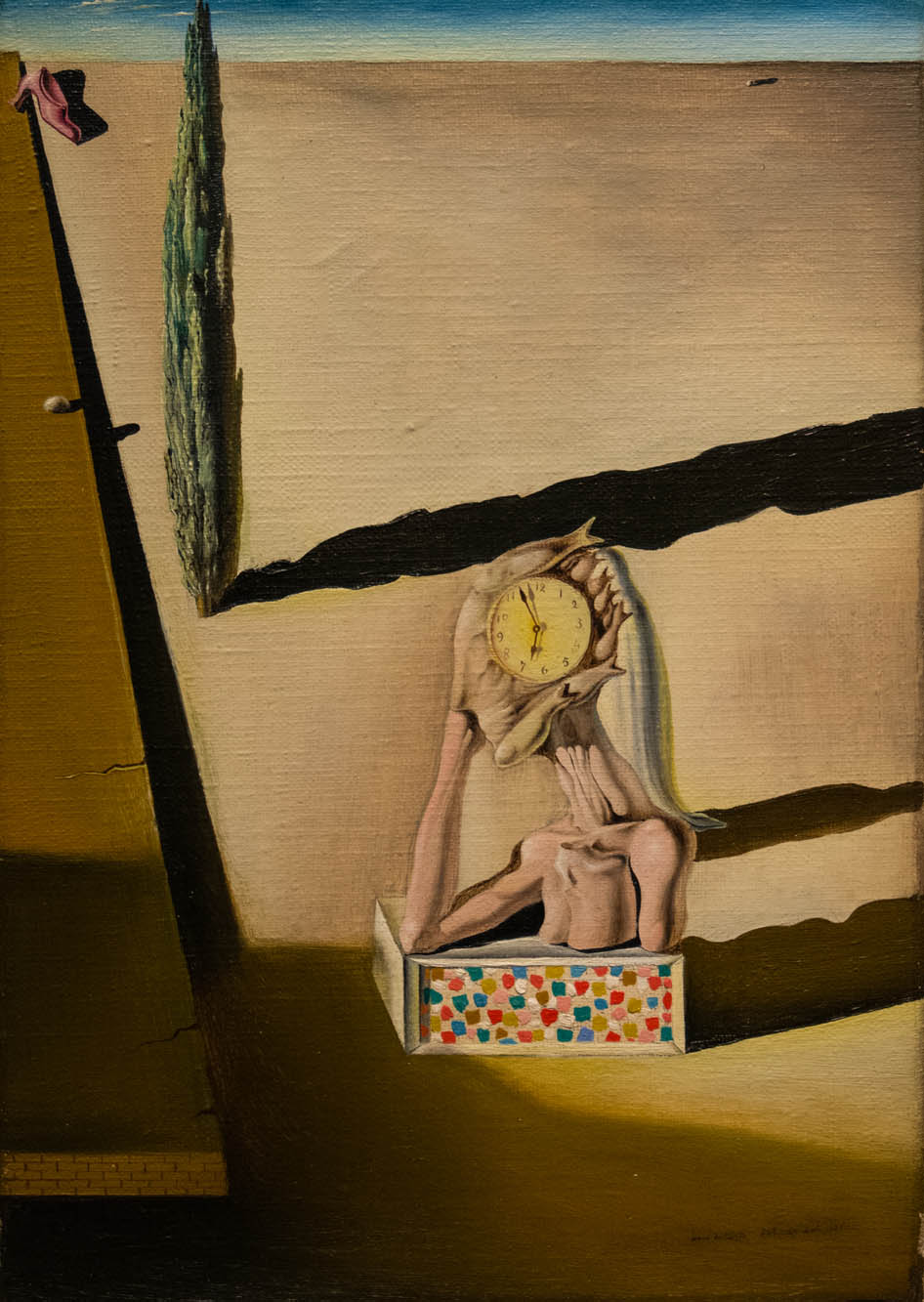 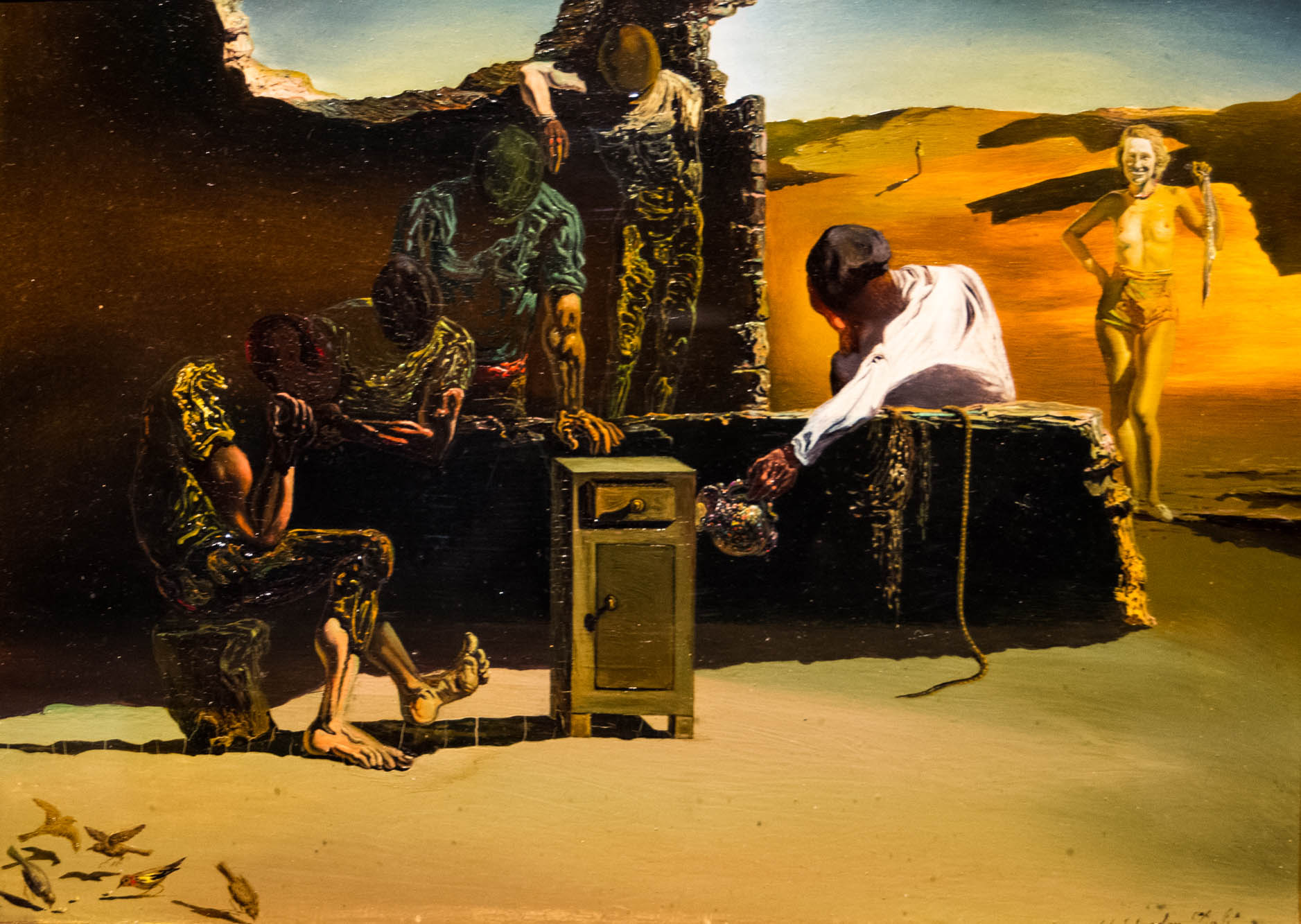 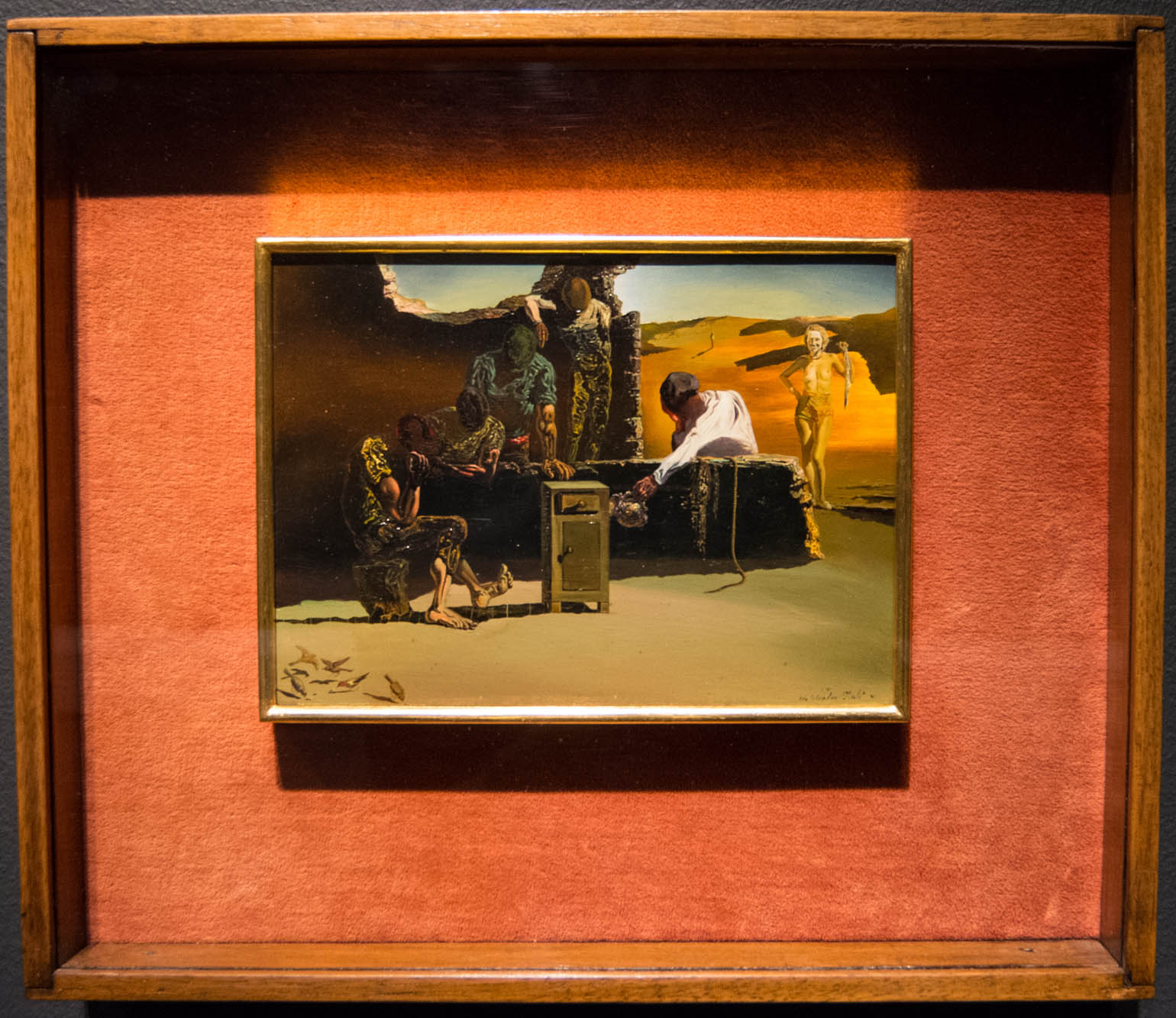 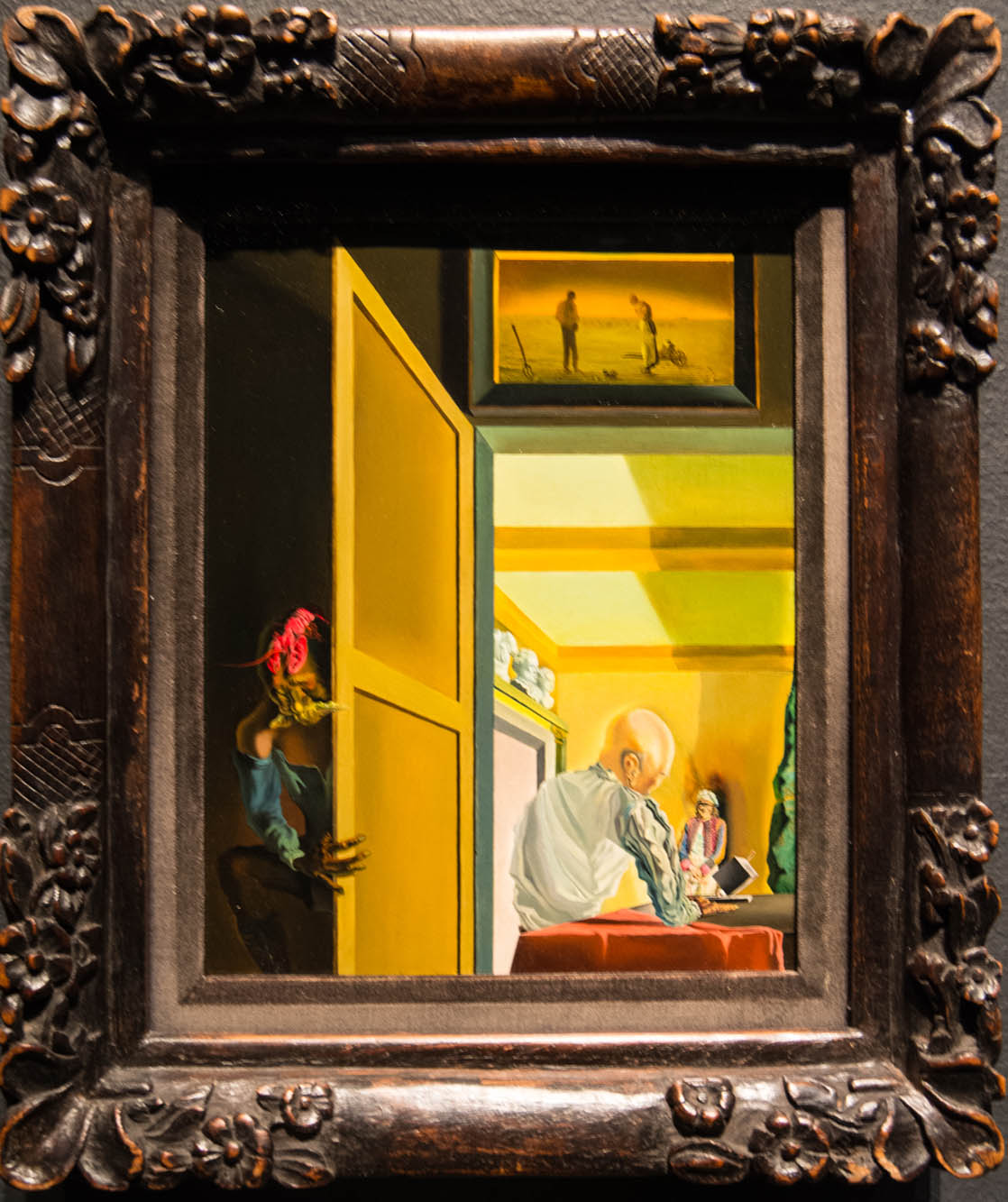 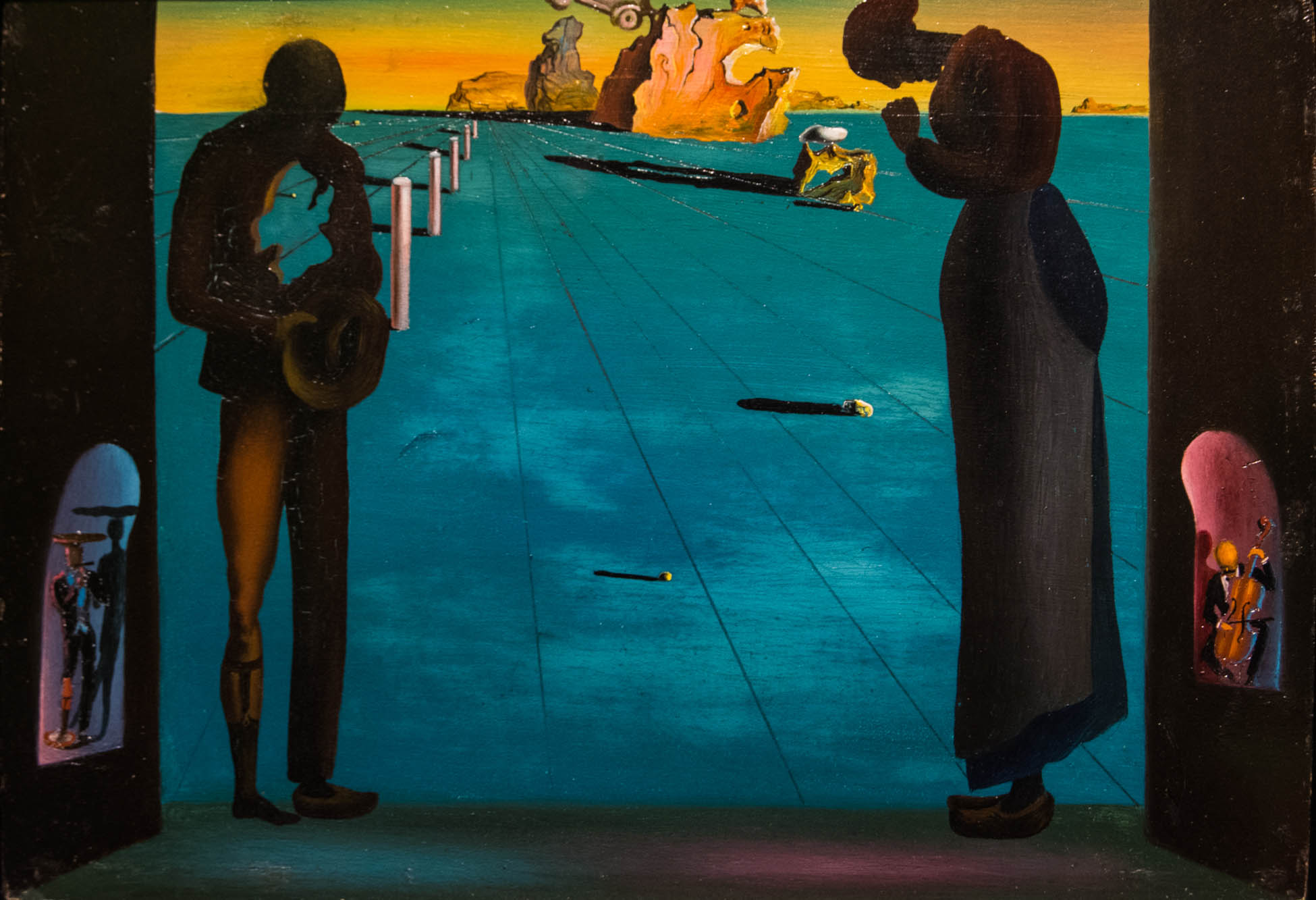 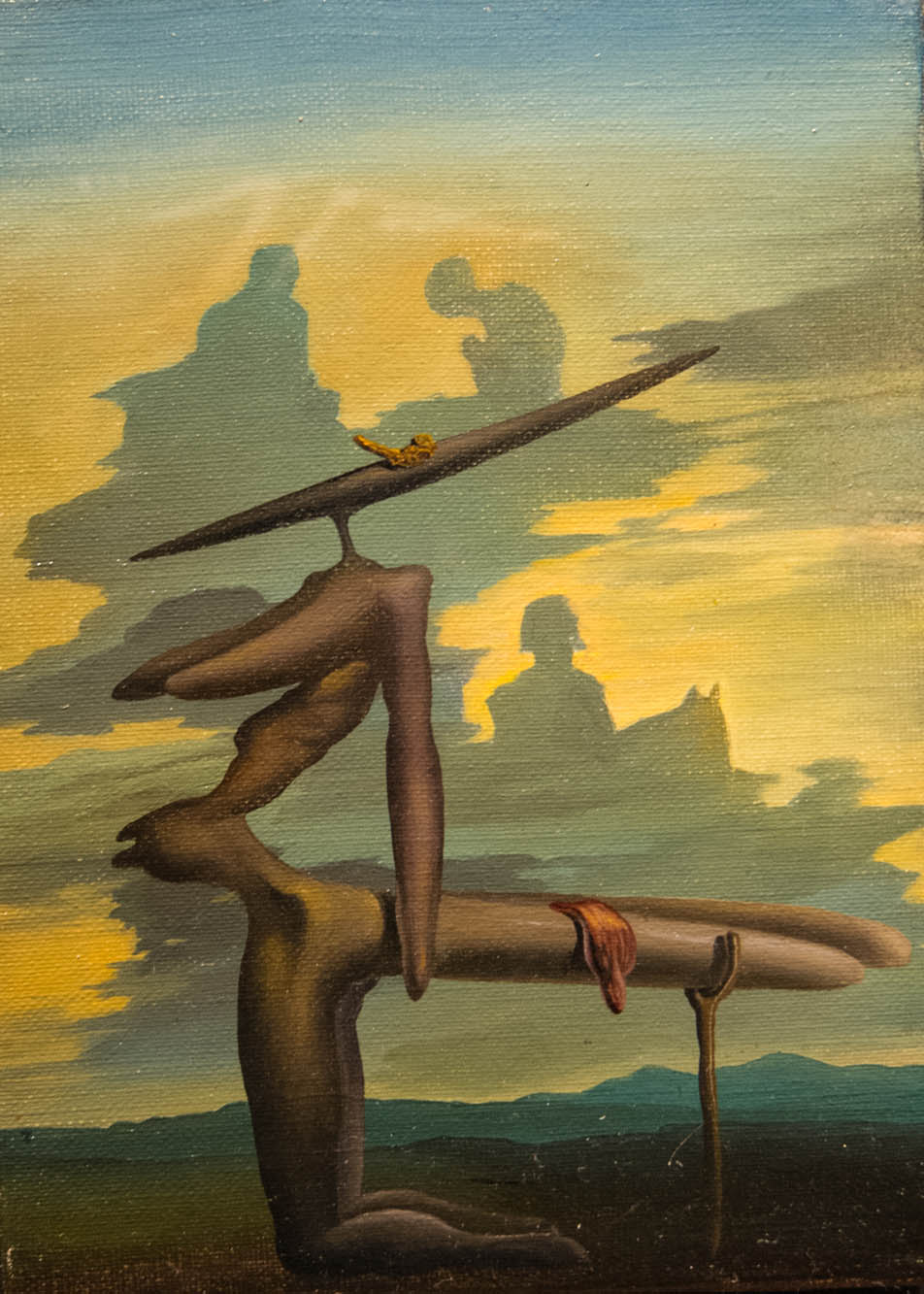 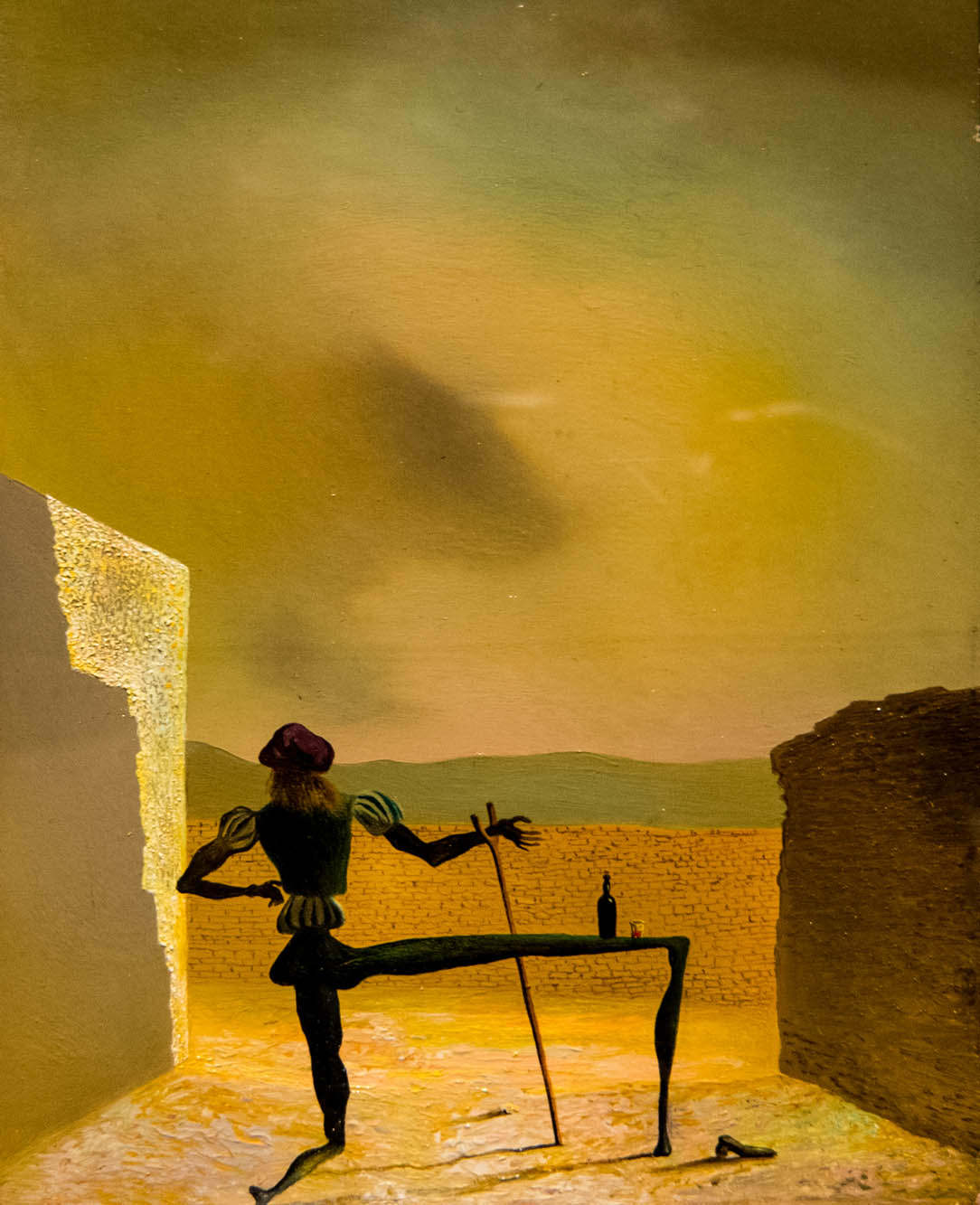 The Ghost of Vermeer of Delft Which Can Be Used as a Table: 1934 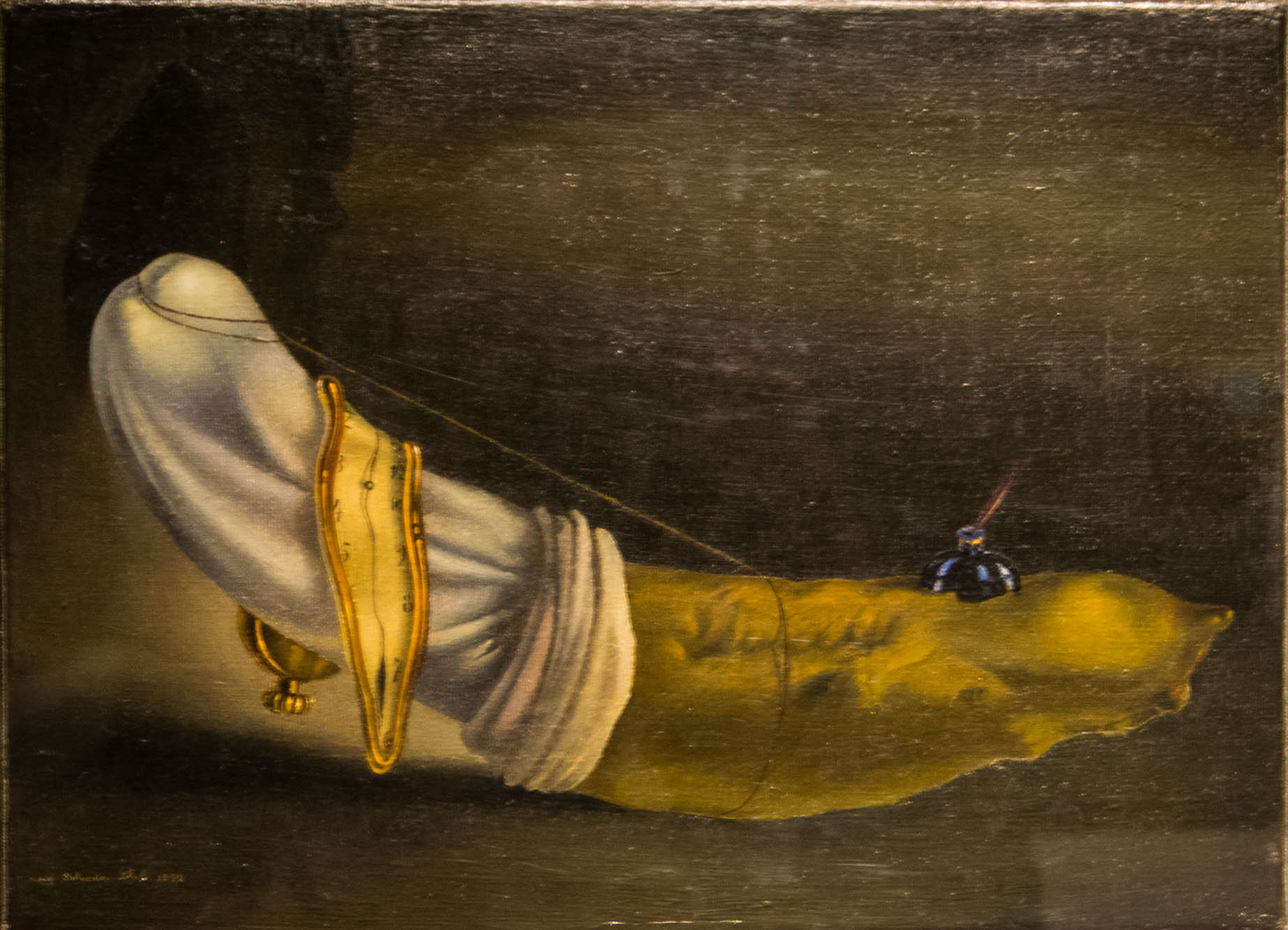 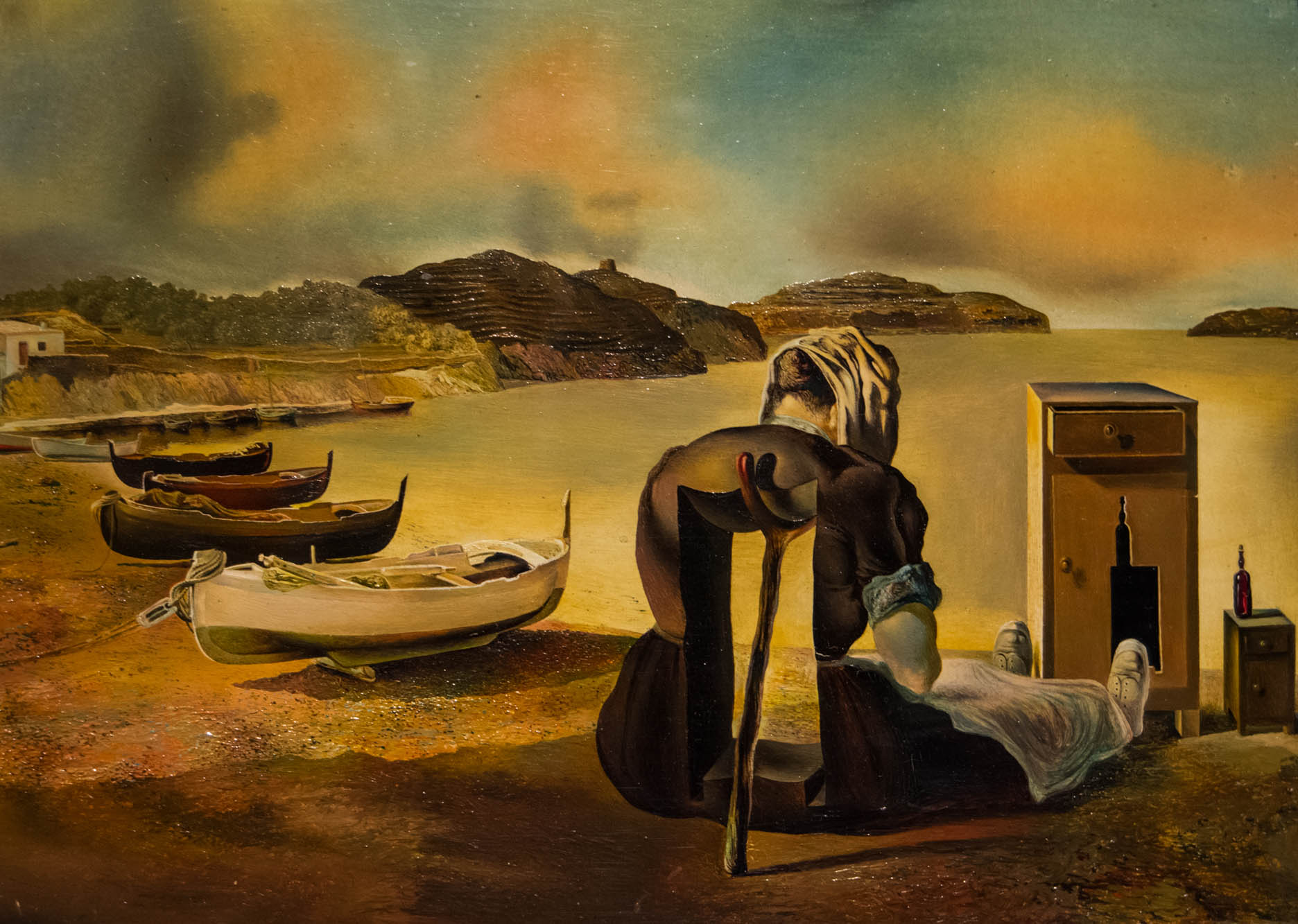 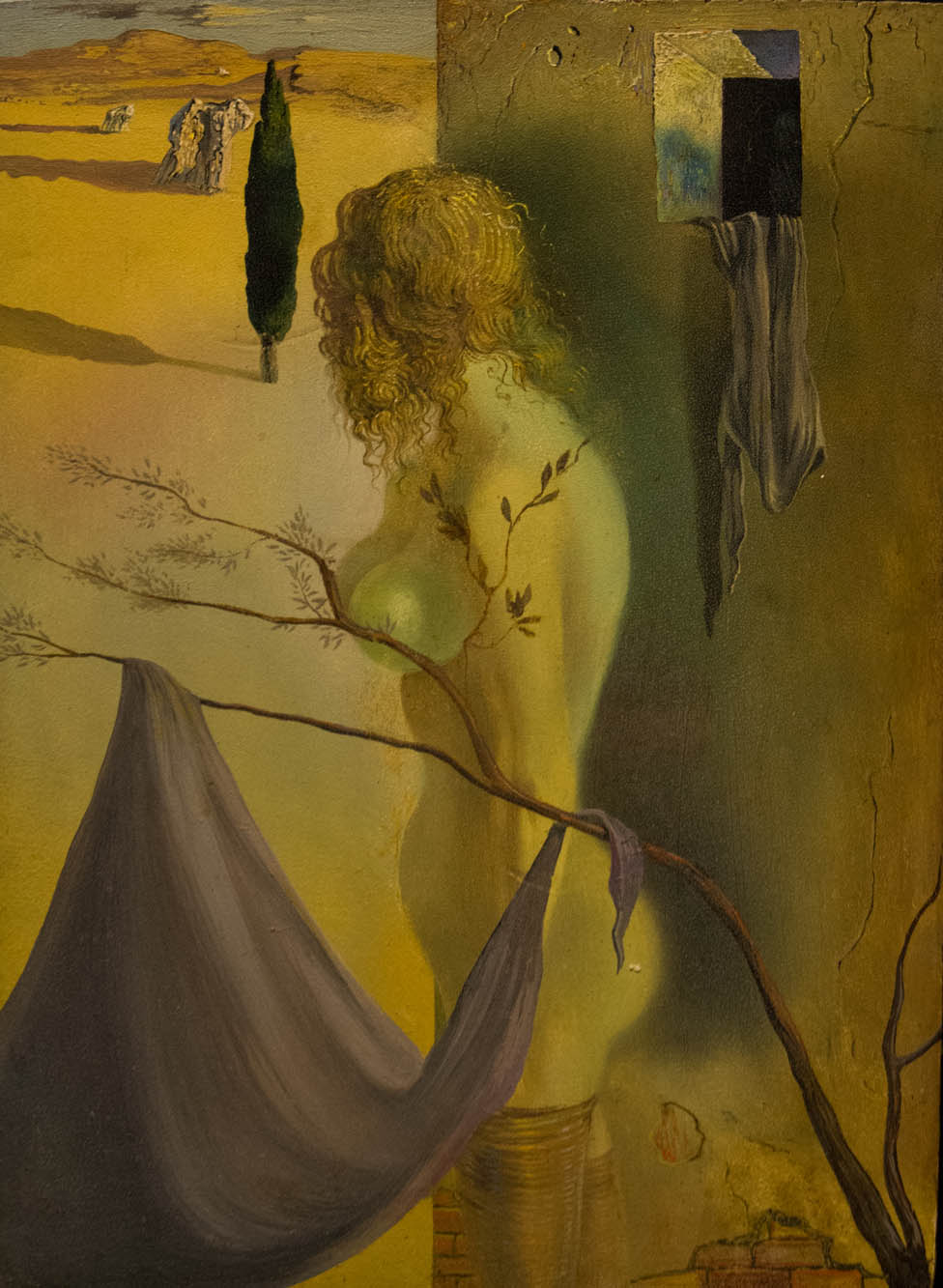 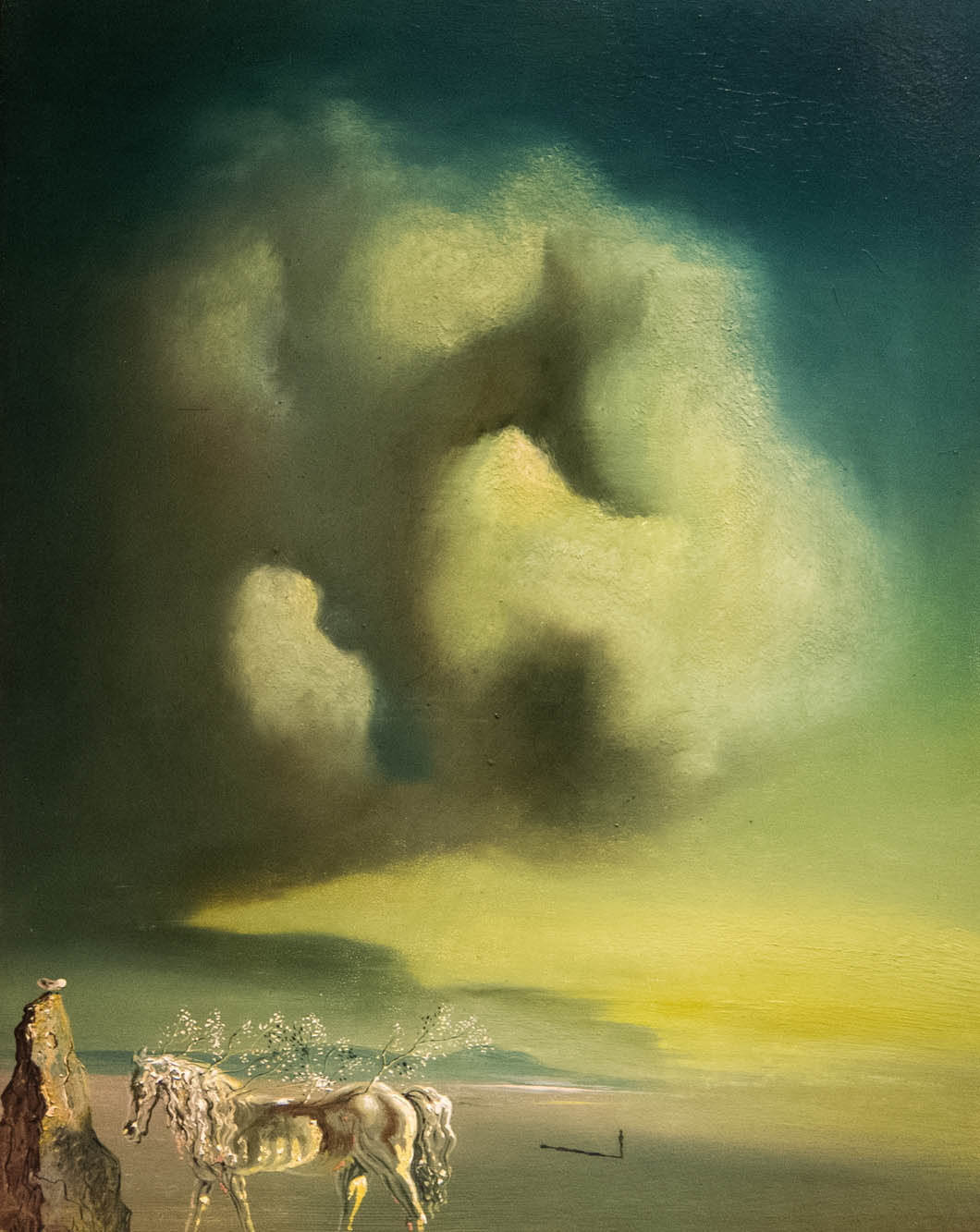 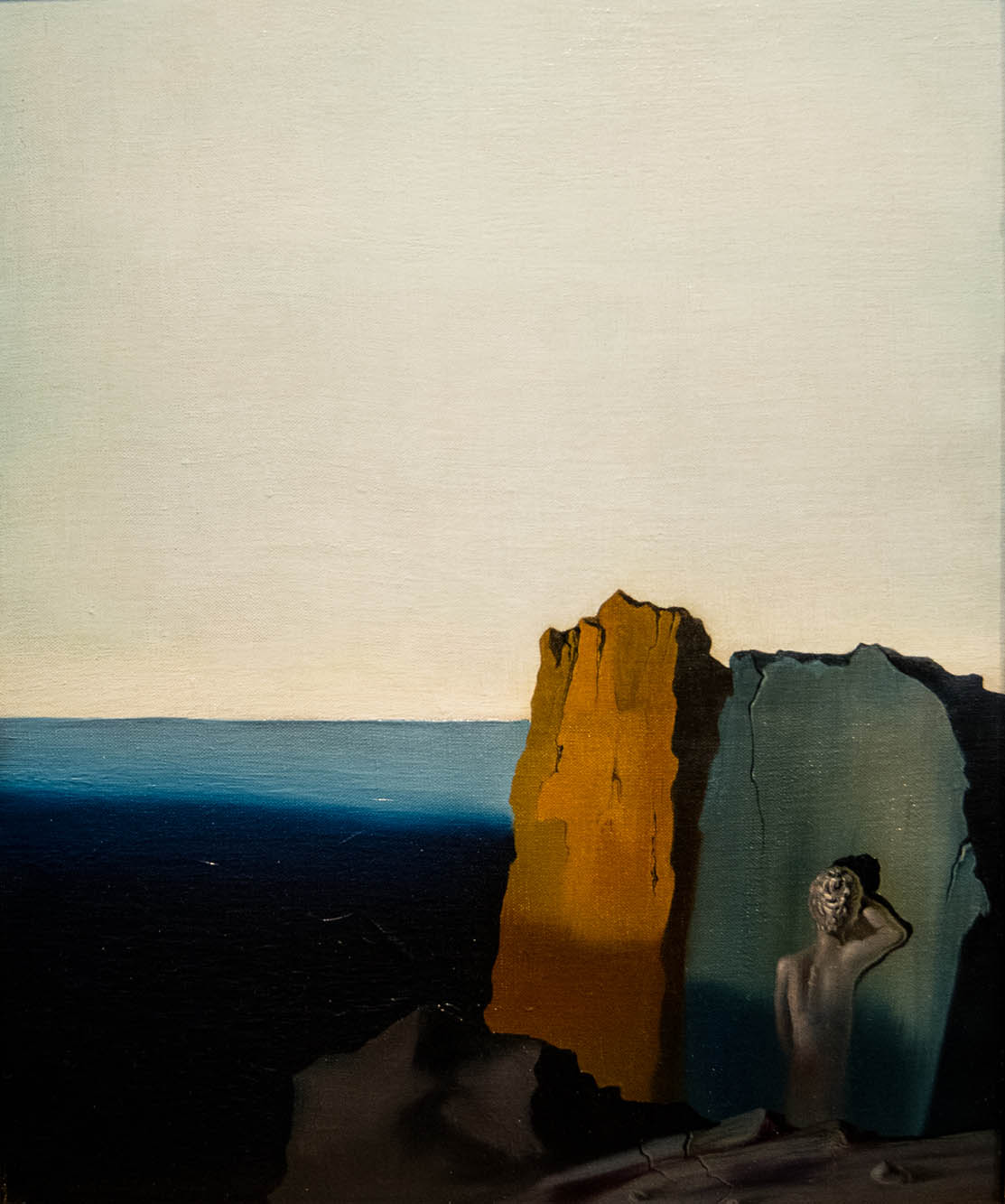 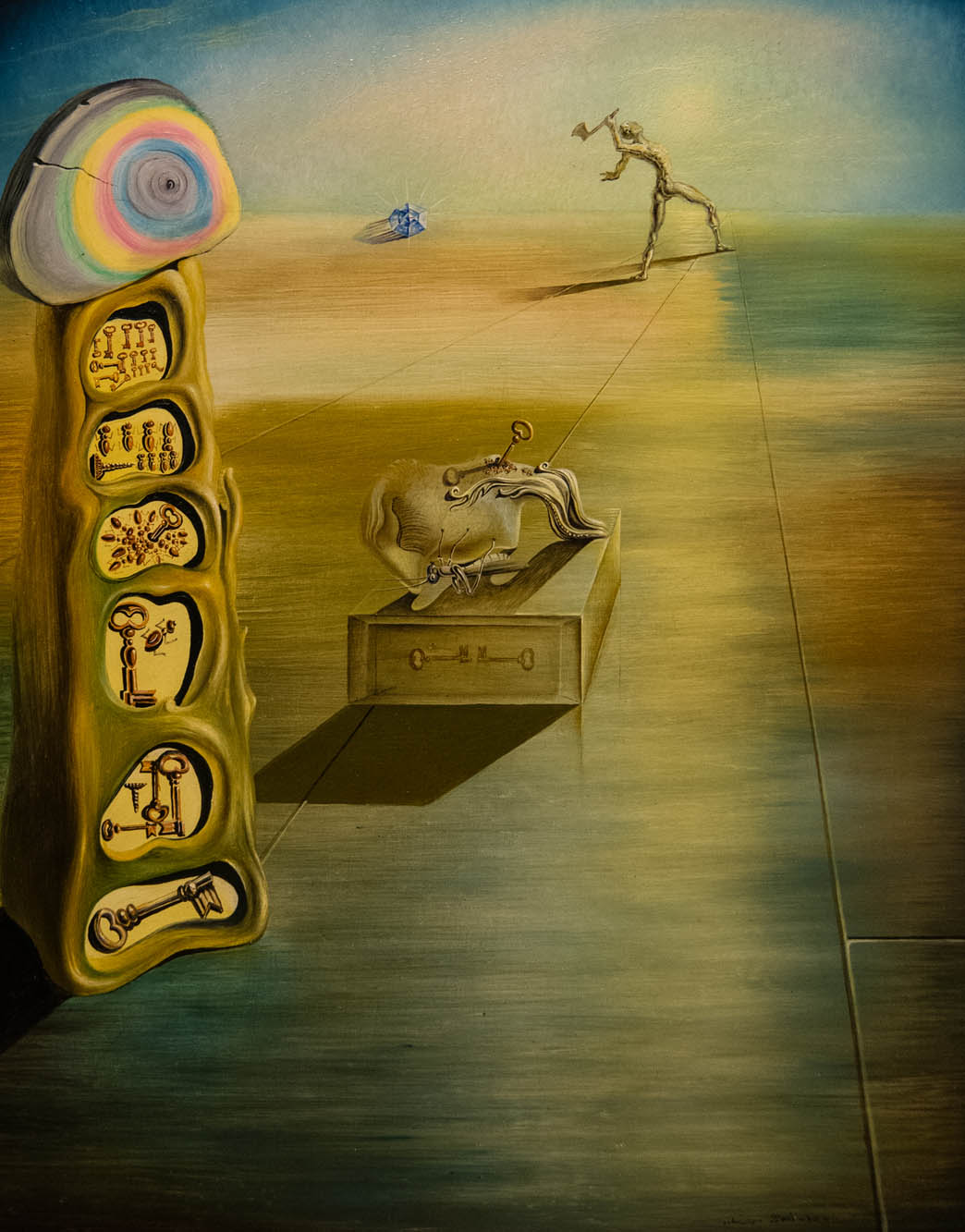 The Free Inclination of Desire: 1930 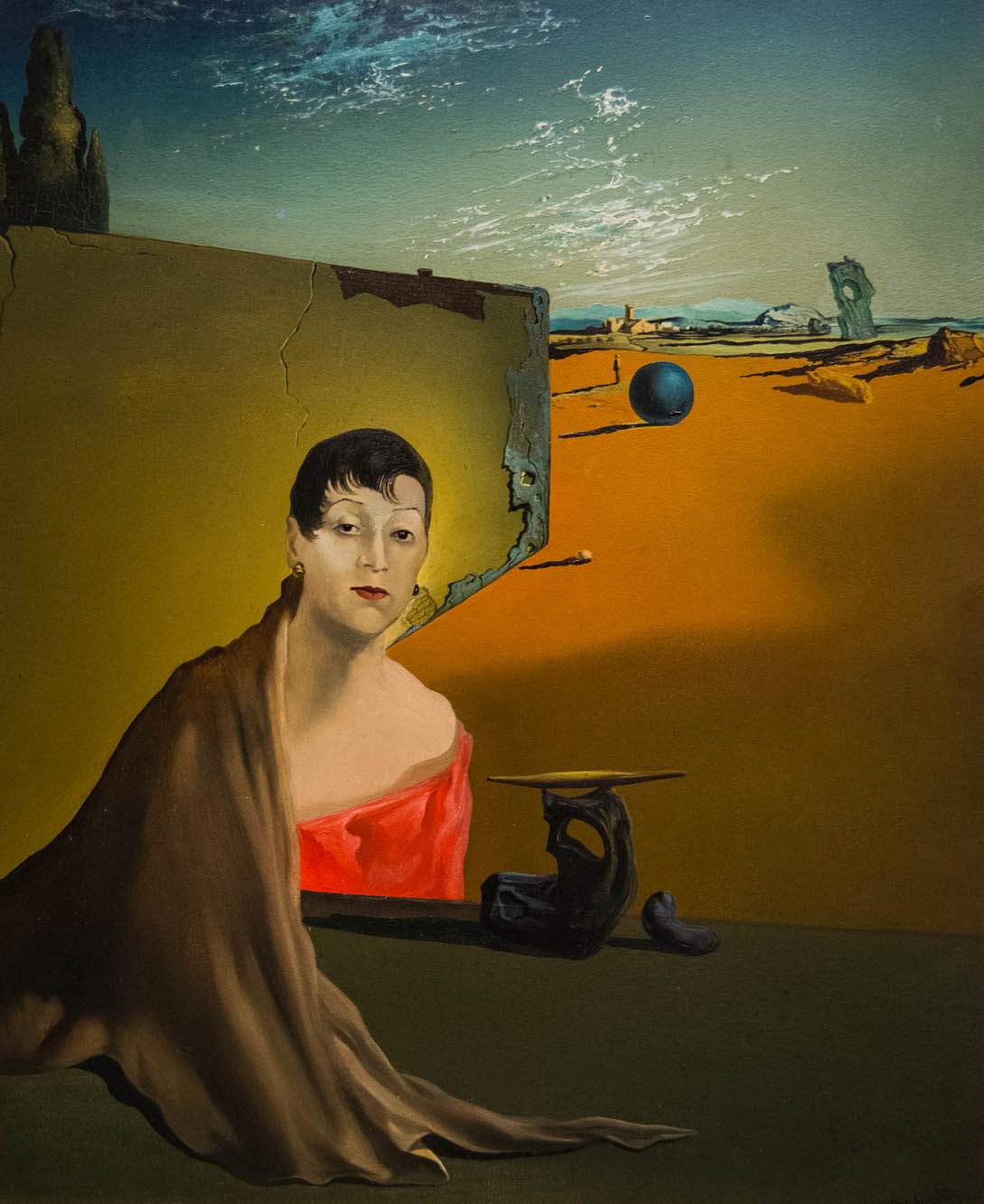 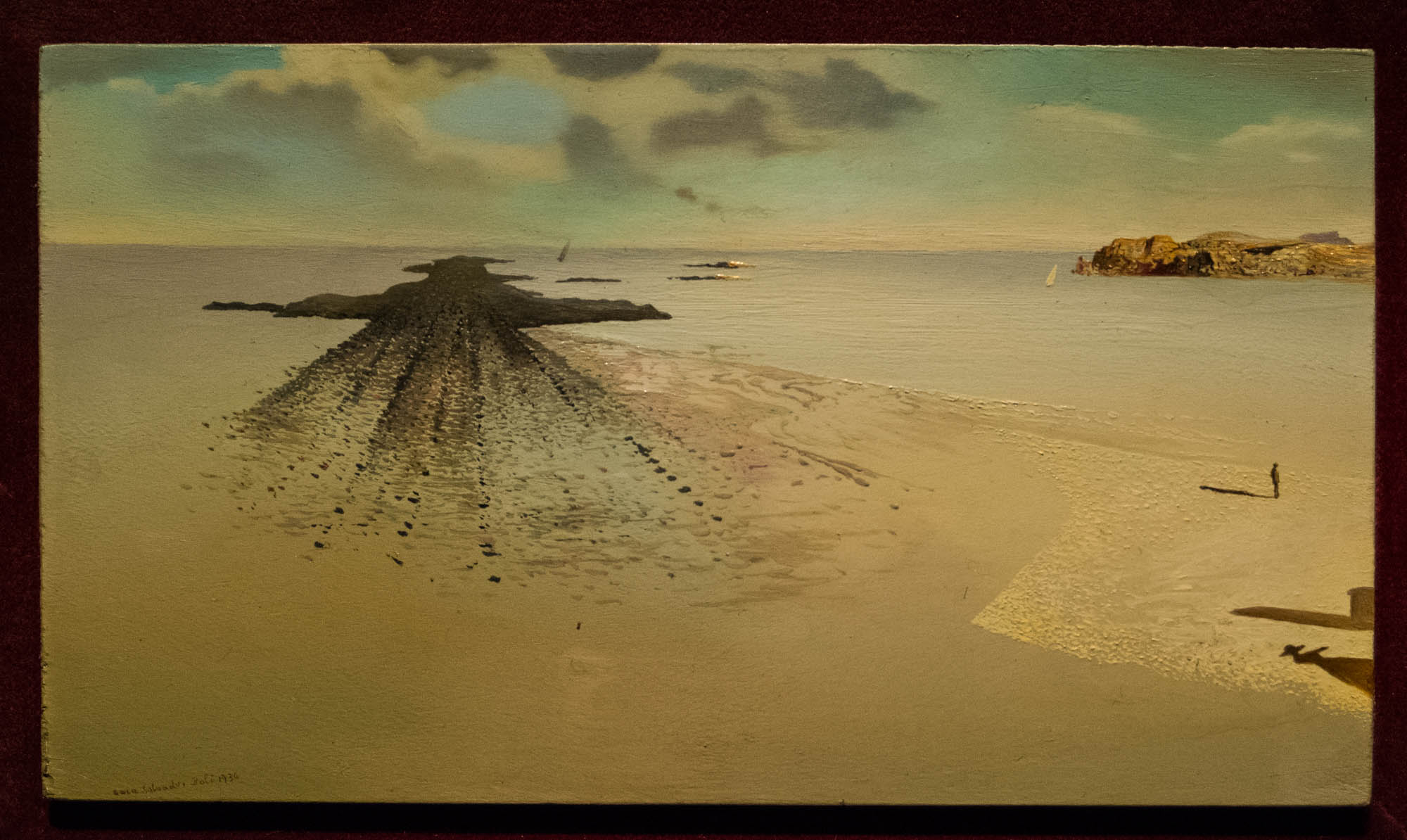 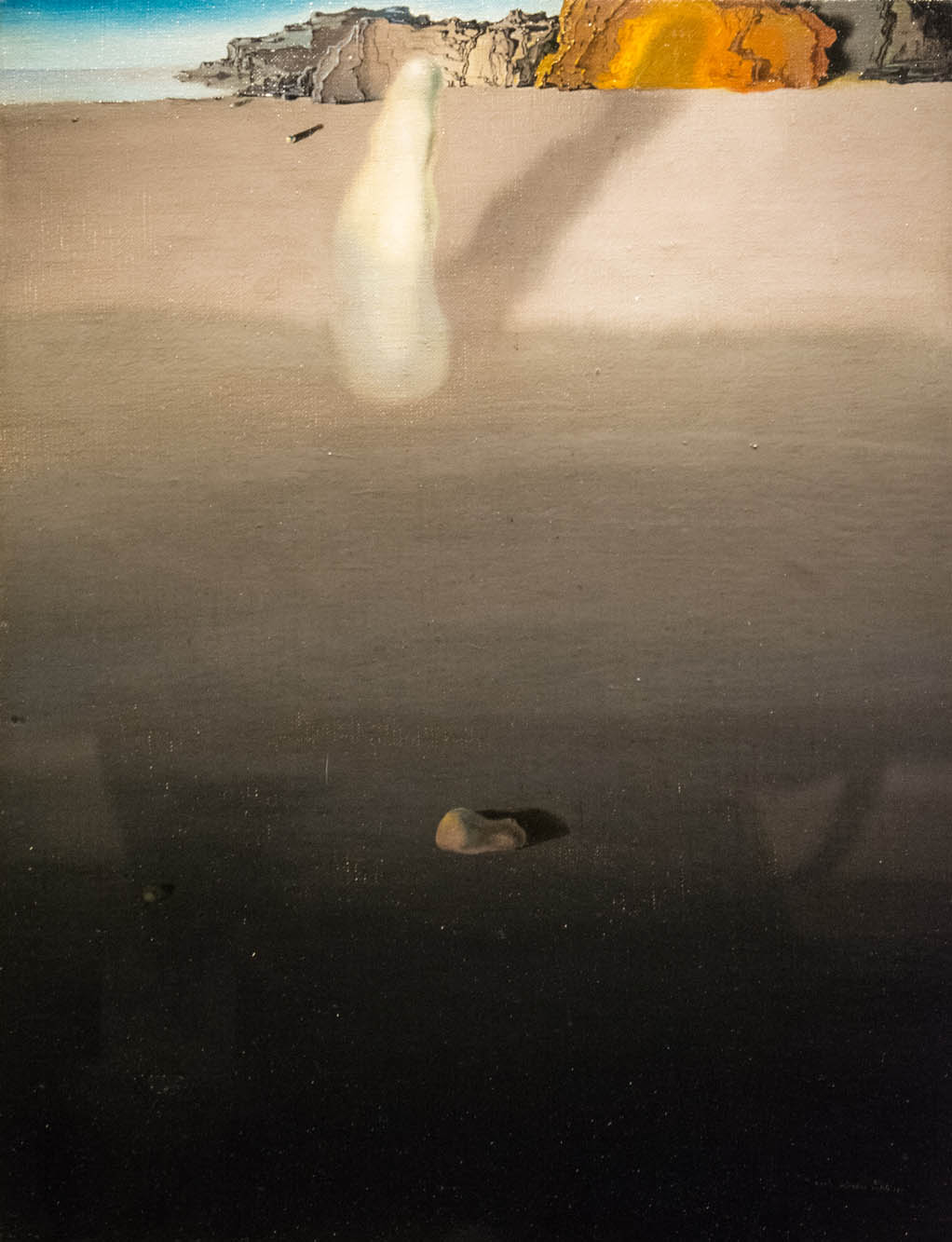 There is a commercialism in Dallas that I happily feel is being strangled slowly by its own tenticular highways and peopleless 4-lane boulevards shouldered by frontage roads that no one could ever cross except at a run. Downtown attempts to adapt to a post-car age, and made the bold move to cover over one bit of highway and make a park. People use the park, they play games on the grass, posh restaurants have erupted around it, and its pedestrianism has trickled down and peopled the nearby fine arts section of downtown. It was election day when we walked around downtown and everyone we talked to, and everyone we had drinks with in the posh restaurants had voted for Beto and wanted to have a U.S. Senate that would be a responsible parent to our mean, childish current government.

On the next day, however, as we head to the Meadows Museum and to this stellar show of Dali small paintings we know that somehow the status quo prevailed. I have to credit that vote to extra-ordinary use of visuals that make people fearful of change.

When André Breton was advancing his cohorts from the anti-art movement of Dada to a more visual storytelling group called Surrealism, he was looking for more power in society.  Dada produced what most people saw as junk, even Marcel Duchamp’s sister threw out his readymades when she was cleaning up his studio. Dada’s productions weren’t commodities. The art market was much smaller in the twenties, and if you were a Modernist and not Picasso or Matisse you were likely not making a living selling your artwork. Bréton knew making fun of art wasn’t going to help him or any of his fellow Dadaists sell art. By 1924 most had signed on to his Surrealist Manifest. Dali joins in, and Surrealism becomes mostly populated by painters. In the thirties and forties, Surrealism actually pushed visual art toward a commodity that could be an investment. And a political force. Bréton made a point of pushing socialist policies, and making sure they were not tied to the Russian state, or the Communist Party. Salvador Dali was one of its superstars, so what is he saying in these paintings made between 1929 and 1936?

Small square painting by an artist that seemed to be everywhere when I was a kid – like designers of toasters at Target today — his style seemed too over used in contemporary society his mustache — like a John Waters-like Marvel comics taking over the movie business – that same old hero show.

But after visiting the Dali Museum in Figueres, Catalonia, in 2005, I saw a lifetime of being an artist — in Dali — a young man who bucked the system and pressed for recognition for a guy with creative drawing skills.  Compared to Dali’s reputation, I worried that these small painting  are trivial.

Oh, but I was wrong. There’s a real important show here and it is incredibly fun even if just for the computer room that let’s us blow up every painting (on a computer screen) to see each fine brush-laid point, drops of paint that makes shapes of themselves and give answers to how, in some of these small works, the paint seems to sparkle like fine glitter.

Crutch for lots of ideas

The Angelus of Millet, a painting by the French Barbizon-school painter,  Jean-François Millet,  is about a son’s death and, well, for all of us,  the unknown nature of the future.  I’m not really thinking about AI, but just about how we can know the past but not the future.  And what happened in the past, on the day after the election, when things that we thought we knew the day before we settled news, when we were still hopeful in Texas, was that a class of students of the Spanish language were in the Meadows Museum with me looking at these small Dali poetric paintings.  The students were frantically filling in a paper while they looked at paintings and a teacher spoke to them. I decided to ask one guy what he was writing.

He was answering the question, ‘What is Dali trying to tell us?’ What an interesting question for a Spanish teacher to ask. The student told me he’d written, ‘No sé .  I don’t know. Well, I said, you’re right.  We can’t know because these works are not literature, our art form related to speaking and telling. They are not words. But we can guess at what the images make a viewer feel? Or, because this is surrealism, there are actual objects in the painting and we can get to what those things are, and what they might mean as they are placed on a canvas.   We’re standing in front of Fish Man because this is the work he was to use to answer this. The shoe out there on the horizon makes no sense, he says.  And there is more stuff that is unrecognizable even farther in the distance. We notice that there is some disfiguration on the Fish Man’s face, and it looks like a lady’s shoe, like the one in the middle distance.  I didn’t say anything about time, yesterday, or tomorrow, to this young man, but he suddenly said, Fish Man is headed out to the horizon and he, nor we, can know what’s out there. He writes down a good answer, I think, We don’t know what will happen in the future.

So what happened yesterday, I wonder, heading back to my friend who is standing in front of the Angelus. Dali’s homage to Millet. I think my friend said it was rural Texas that kept the state from electing a progressive.  The class was else where, and I thought we were alone but there was another guy looking at a painting on the next wall.  Everyone warns me not to talk about politics, but I’d been lucky so far.  People had interesting things to say.  So, I ask the guy, because I know he’s overheard us, “do you think rural people vote for the status quo?”  He said, he was as rural as they come, from Paris – Texas. He said there is a great divide between the educated and the uneducated, where he comes from.  And there apparently are far more uneducated.  What can a mother do, when her son is missing a whole piece in the middle, I ask the Angelus.

And these decisions made today, by people who think there is an invasion of poor people coming for them from Central America, will haunt us for a while to come.  On Nov. 8, 2016, an older friend of mine said, those millenials who voted third-party will be sorry for they will look like The Spectre of the Angelus by the time we again have a progressive government.

Was the Free Inclination of Desire propaganda in 1930? Dali was trying to tell us that people out there in the future might be violent by nature.  If so, it is far more poetic that the photo, possibly from some years ago, of the streets of Mexico crowded with people we were told were an invading caravan of illegal immigrants. Some people may have been fooled by this, very compelling photo that I’m thinking about, a photo taken from a low angle to make it look menacing, an old photo of this crowd.

Extra-ordinary use of visuals influenced the vote. Because if personality and policy ideas were judged, Beto would have won.

Today, I was thankful for the pedestrian quality of the SMU campus, so that I could be a slow walking pedestrian through more than five rooms of small, and a few very small, paintings by Salvadore Dali.