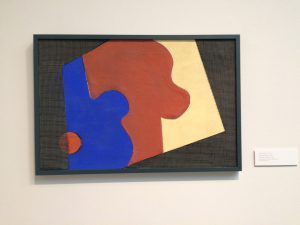 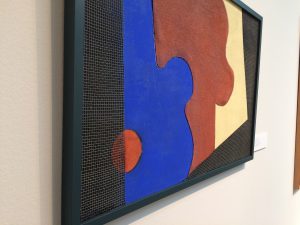 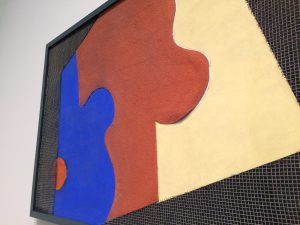 Meadows Museum, Dallas  – October 9, 2016-January 29, 2017 – History in a city like Dallas is made up. The buildings are recreations of some other time, fictions that they actually would have been built had their predecessors not been built and made famous by their beauty somewhere else. They are not structures in the vibe of the time or anything near an original thought or art or architecture. They are expensive copies. And this museum on the campus of a university that is beautiful and an oasis in a city that is this derivative is a treasure because of the humans behind it, trapped in the pseudo Italian building that contain their pioneering work.

Modern Spanish Art from the Asociación Colección Arte Contemporáneo proposed to me that modernism only exists thanks to Spain. And certainly Picasso, Dali, Miro ,Juan Gris – stand there (and can be seen in this show) as household names to prove this true. But we think of Modernism as a French thing, something dominated by Andre Breton and surrealism. So dominant was this French school that it took this show to write for me the book – something like How the Irish Saved Civilization – to expose lesser known Spaniards who were doing everything that anyone else in the world was doing in visual art from 1900 to 1999. The crazy use of materials like burlap.

Rooms of painting and sculpture, more than 90 works of art dated from 1915-1960, give the lesson delightfully. This is the home of the Asociación Colección 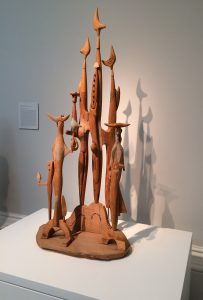 Arte Contemporáneo (ACAC) be an educational storehouse for Spanish modern art, and the Meadows Museum shares their goal of assembling excellent pieces to tell this history.

The ACAC, which was formed in 1987 by a group of private companies in Spain, offers the only complete visual narrative of the development and evolution of Spanish art, from the beginnings of modern art to the present.

The educational aspect of this exhibition group the works into five tangents the Spanish traveled along, and on deep roads that each in his own right deserve more study. For this reason, I’m listing the major artists included here so that I can go and learn more.  Eduardo Chillida, Óscar Domínguez, Pablo Gargallo, Julio González, Antoni Tàpies, Joaquín Torres-García, Josep de Togores, and Jorge Oteiza. And some who were influential in the U.S. : Rafael Barradas, Leandre Cristòfol, Ángel Ferrant, Alberto Sánchez, and José Guerrero, and critics  of modern art— Alfonso Olivares and Martín Chirino.