Hello and it’s good to be back where the art is unsafe and the interior art spaces are optimistically healthy and cautiously open. The San Fransisco MOCA (Museum of Contemporary Art) was closed for remodeling for a while, then closed for Covid, but had been on our list of best museums for art of the present – the contemporary part of their long name – when we visited it years ago.

The museum also has a great gift shop with extensive collection of books. We left one of ours there, on a shelf at the end of a group of books held up by a nice bookend, its cover and spine attracting attentions. And terrific news, the book was claimed the next day by a guy who took it to Sacramento. He was told at the bookshop that on the next day, the store would be closed for inventory.  We are all so lucky.

Recent History – a nice tale of the beginning of video art.

From the time when painting was dead and visual art was temporary and conceptual the SFMOCA has assembled a multi-gallery cornucopia of documentary and experiential work by Nam June Paik and his collaborators that explains the thinking of artists trying not do make classical painting and sculpture in the postmodernity that was germinating in the sixties. In a world of entertainment dominated by television and movies, how could flat, static visual art compete? Does an artist have a responsibility to say, ‘hey, look at this?’ and say it loud enough to get attention?

Much of it they didn’t bother to make attractive — visually luscious as in a Renoir painting kind of way. And like their predecessor, the Dada movement, these Neo-Dadaists made a lot of stuff that looks like junk. But just close your eyes and imagine “Happenin’” happening around these remnants of some conceptual idea.

For example, imagine this sculpture of the Buddha facing a camera that was capturing it and anyone who walked behind it.  And it was projecting this in real time. At the time this was bringing the TV studio into the gallery and playing with the idea of how TV was made. And

This card and transparent film strip was set in a classic art cube, well lit in a darkened room, and looked like the precious work of art it is. 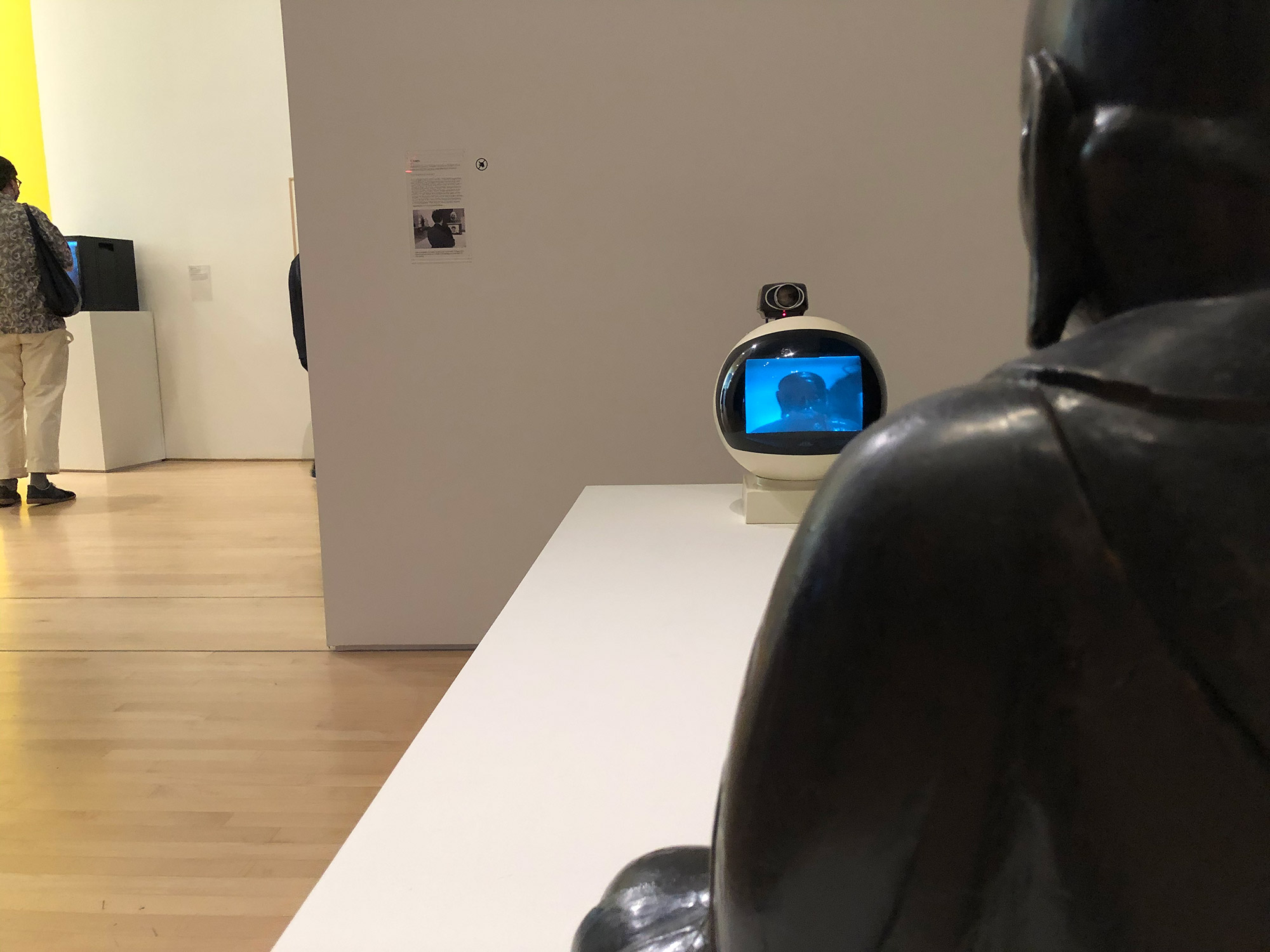 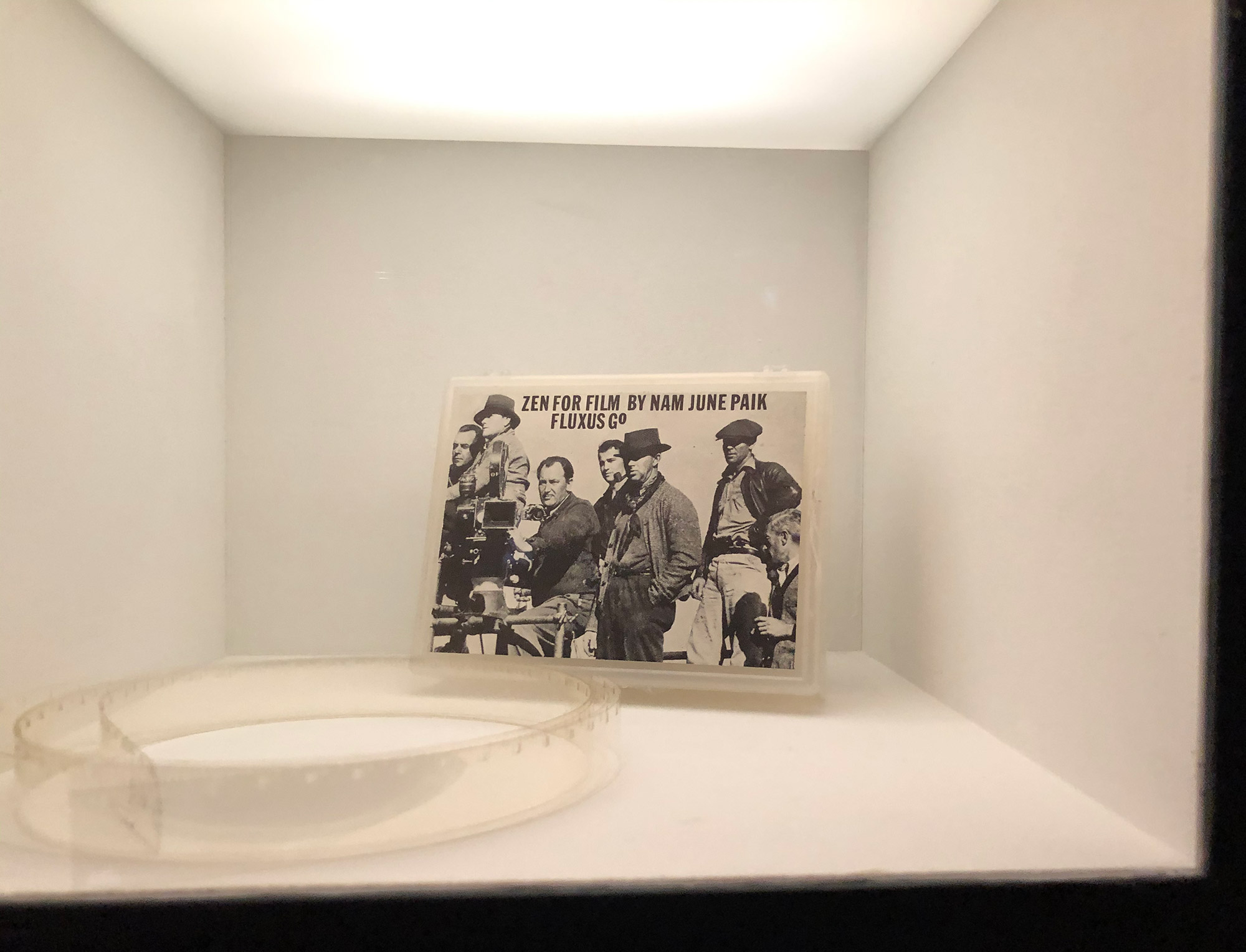