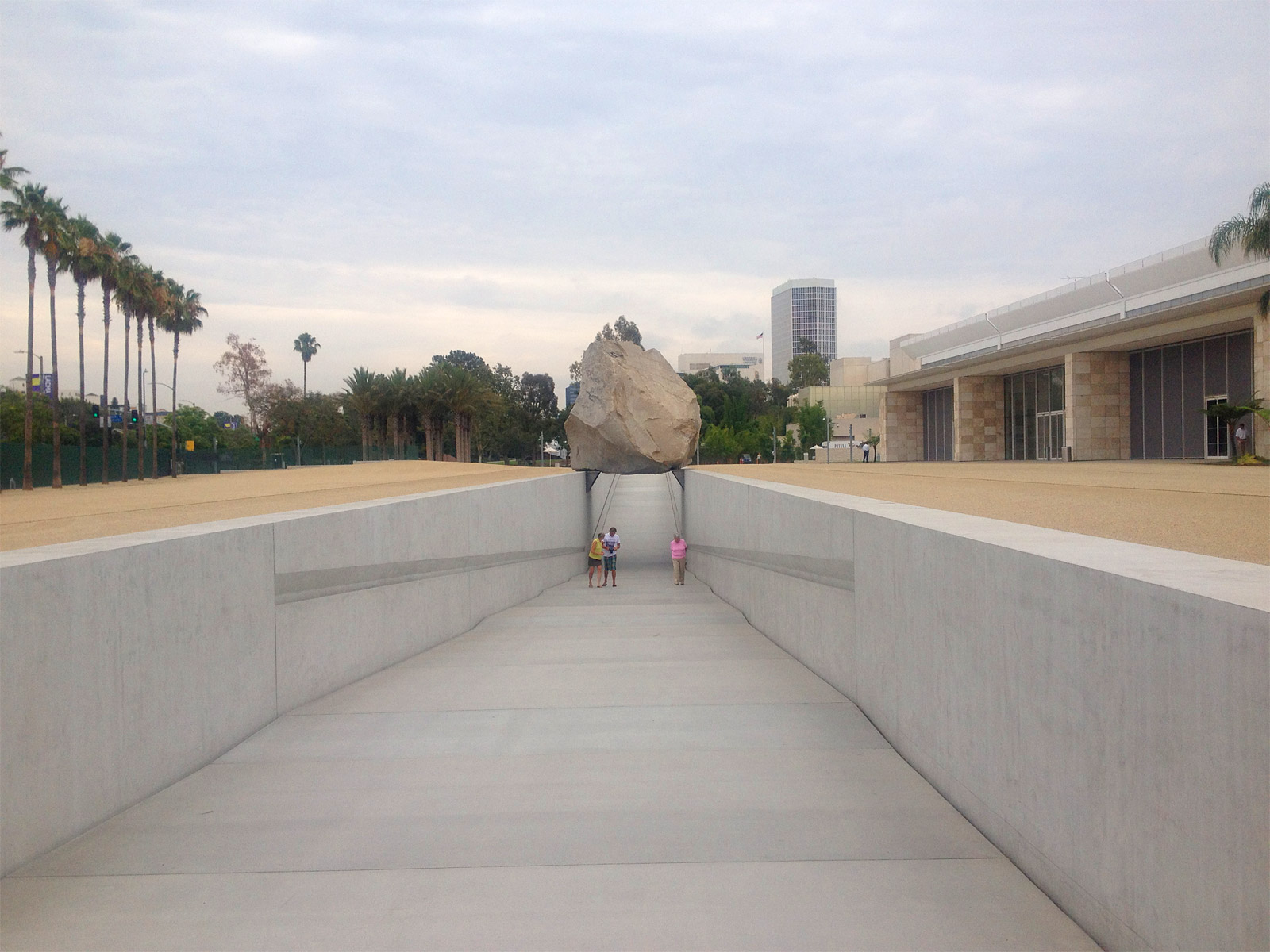 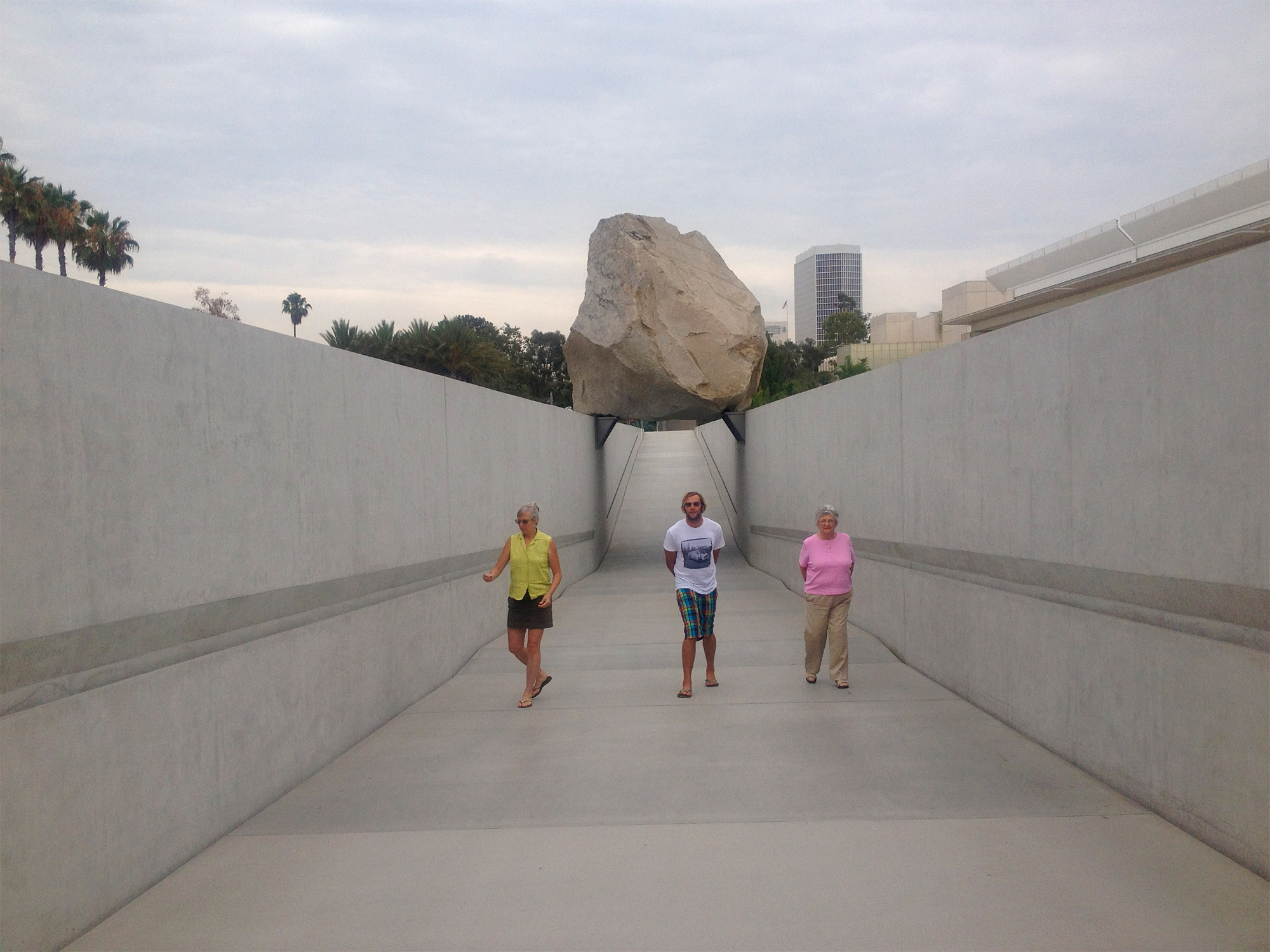 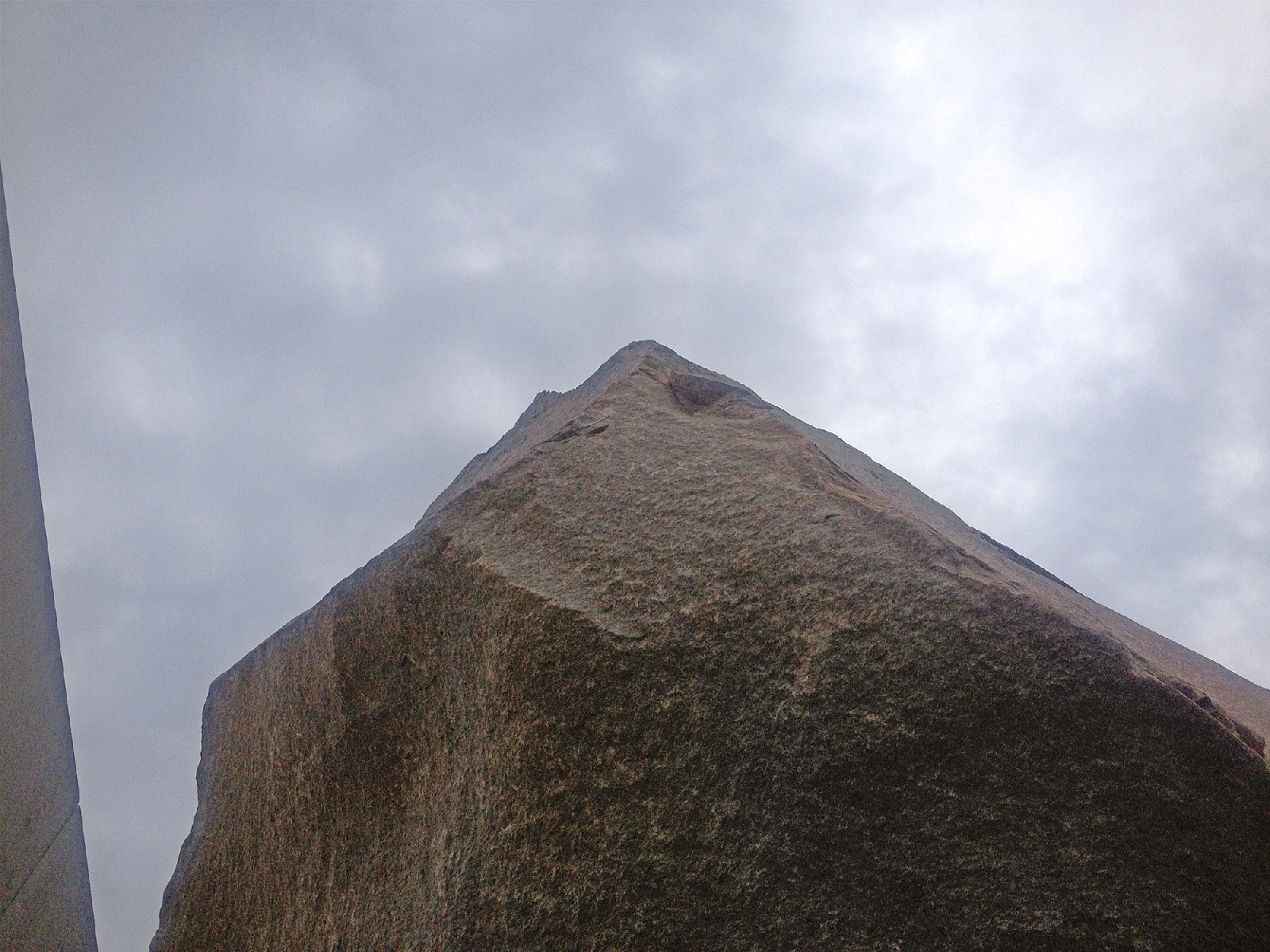 We who have seen the double negative of land removed on two opposing ripples in the circumference of the top of the mesa in Nevada called Mormon Mesa cannot weight for the rock to arrive from the wilderness.

We cannot imagine how it can be making its triumphal arrival into the city of angels, an act of nature trying to wait us out, make everyone long for it, and for it to bear heavily into the art world of the county museum. It arrives an we are miles away in some other natural landscape, looking at rocks levitated with the roots of trees torn from the ground, or trees levitating other trees in a forest that is continually being knocked down by something or other.

We stand beneath it and quibble about some bad decision made by engineers or public servants who adulterated the simple setting of a massive boulder on a cutout negative of concrete. The presence of the rock is massive and should have been left as simple as possible sitting on this sleek canyon of concrete.

Hours were spent on Mormon Mesa, due to a faulty fuel pump, poorly design by the Ford Motor Company on the occasion of my homeless son joining us for a camping trip on his birthday — a day where my husband, who had just died my hair a garish, Henna red, asked our son if he had wanted a clown – a Bozo – to join him on his birthday.  And together we spent the September afternoon photographic the shit out of Double Negative, and the evening escorting our broken vehicle from mesa to mechanic, and spending the night in a casino with bad food.

On the occasion of seeing the rock it was another birthday, the 85th of his grandmother, and one when we were free to return from the heat of the city to the beautiful beach town of Venice, and walk whenever we needed anything.